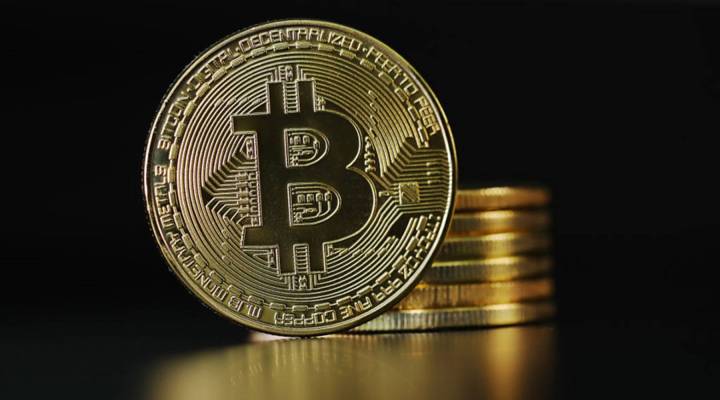 Bitcoin has had quite a few days. Its price soared to more than $15,000. And as of this week, investors can trade bitcoin futures on the public market — the Chicago Board Options Exchange launched bitcoin futures yesterday, and today’s the first full day of trading. What’s behind the incredible increase? Kevin Werbach, a professor at the University of Pennsylvania’s Wharton School, has a few theories. He talked with Marketplace Tech host Molly Wood about bitcoin’s rise and what might happen if, and when, the bubble bursts. Below is an edited portion of their conversation. (For our guide to all things digital currency, click here.)

Kevin Werbach: Clearly there is a speculative frenzy going on, which doesn’t necessarily tell us at all why it’s going on or where it’s going to go from here. But this is not normal and there’s no specific news event that would account for why the price has gone up from under $1,000 to $20,000, and even just in the last few days why it’s gone up so quickly.

Wood: Do you think it’s just people looking for somewhere to get returns? I mean, we’ve had that conversation about real estate and art and classic cars …

Werbach: Well, there are really two possible stories here, which are not mutually exclusive, and that’s part of what’s somewhat worrisome. One story is it’s one where you have a big chunk of people who are just holding and not selling. It’s also one where it’s not actually somewhat difficult to sell because of the limits of the exchange is put on transactions. And there is this thing in Silicon Valley they call FOMO, which is “fear of missing out.” So you’re in an environment where you see this thing going up and up and up. And you say, “Oh, I want to get on board.” So that’s one story. The other story is that there is significant circumstantial evidence that there is various kinds of manipulation going on at some of these exchanges — practices that would be illegal under securities laws, some of the large holders and experts here buying and selling and doing things in way that make the price artificially seem to go up.

Wood: So do people understand what they’re buying, and does it matter?

Werbach: A lot of them clearly don’t. And so yeah, it’s generally not a good thing when investors get excited about something that they don’t understand. It seems like such a fundamental disconnect between the level of activity in pushing up the value of bitcoin and the level of understanding both of just how the technology works, as well as some of these risk factors, that that’s clearly one of the red flags that is worrying a lot of people.

Wood: It seems quite clear that this is a bubble, but what could it mean? What’s the potential damage if and when it bursts?

Werbach: At this point the market capitalization of bitcoin is a few hundred million dollars, which is not small. But if you compare it to most of the other major asset classes and financial markets, it’s tiny. So right now I don’t think just people speculating in bitcoin is a source of a lot of systemic risk. But this is one reason why there’s a great deal of concern about some of these efforts to create significant, for example, bitcoin derivative exchanges. The bad news of that is that potentially leads to a whole lot more capital involved, one that potentially increases the risk.