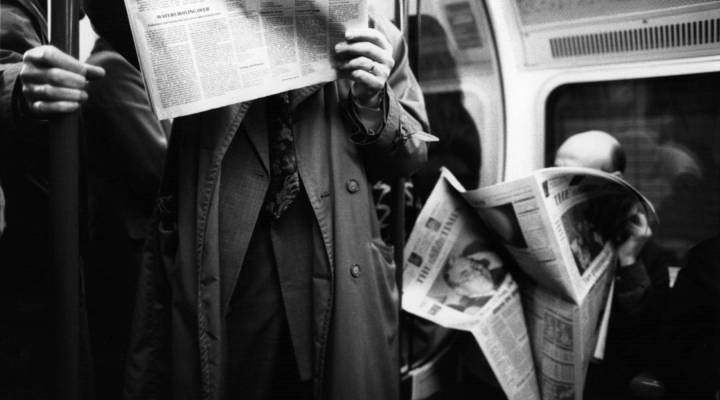 Our brain is wired to make snap judgments. And those judgments can be very, very wrong.

Daniel J. Levitin, a neuroscientist by training and a distinguished faculty fellow at UC Berkeley, said our best defense against being taken advantage of by others is to employ evidence-based thinking.

“We have to ask ourselves: Is the information we’re being given plausible? What is the source? And can it be backed up and verified?” he said. “We are influenced too much by shiny new objects and stories, and not enough by statistics — by thousands of data points that we would happily give up for a story from our brother-in-law.”

Levitin is also the author of “Weaponized Lies: How to Think Critically in the Post-Truth Era,” a book that teaches how to separate fact from fringe theories and “fake news.” He joined us to share tips on how we can be more critical about the information that surrounds us.

Know that the “experts” aren’t experts in everything

Many of us turn to authority figures when we want to figure out whether something is true — think teachers, religious leaders or the president of the United States. But if you’re looking for someone to instruct you about a particular topic, rely on people who have studied the topic and have the training to comment on it, Levitin said. He said there are a lot of pseudo experts out there, along with experts who may be knowledgeable about one subject but aren’t equipped to talk about others.

Case in point: The claim that four out of five dentists recommend Colgate.

“I’ve been to the dentist many, many times, and my dentist has never asked me what toothpaste I use. You’d need a medical researcher to randomly assigned toothpastes to different people and follow them for a while,” Levitin said. “Dentists are really good at taking care of your oral health, but unless they’re tracking which patients are using which toothpastes, they’re not the suitable expert. And we can explode that myth ourselves.”

Context is important. Levitin said you need to ask yourself if the statistic being quoted is actually relevant. He cited a newspaper article last year that argued more people died in plane crashes in 2014 than in 1960, and that therefore air travel is at an all-time unsafe level.

But comparing raw numbers is unfair, he said. You also have to take into account the number of flights and passengers from each year.

“You really want to look at the proportion of passengers who died, and it’s much lower in 2014,” Levitin said.

People are becoming complacent, leading to the circulation of fake news stories, Levitin said. “And it’s not just a matter of, you know, ‘isn’t this an interesting story.’ Public health and sanity is at stake here.”

One example he cites: Pizzagate. Near the end of the presidential cycle, there was speculation that Hillary Clinton was running a child-sex slave operation out of a pizza joint in suburban Washington, D.C. As a result, a man named Edgar Welch drove from North Carolina to the restaurant Comet Ping Pong with an assault-style rifle, aiming to rescue those kids.

“So the lie, rather than just being innocuous and a funny little story that people told, actually became weaponized,” Levitin said. “I object to the term ‘fake news’, actually, because I think it sounds a little bit too gentle. It’s not news at all. There’s nothing newsy about it. And ‘fake’ sounds sort of like a kid faking sick to get out of class. I think we need to come together and just call it for what it is.”