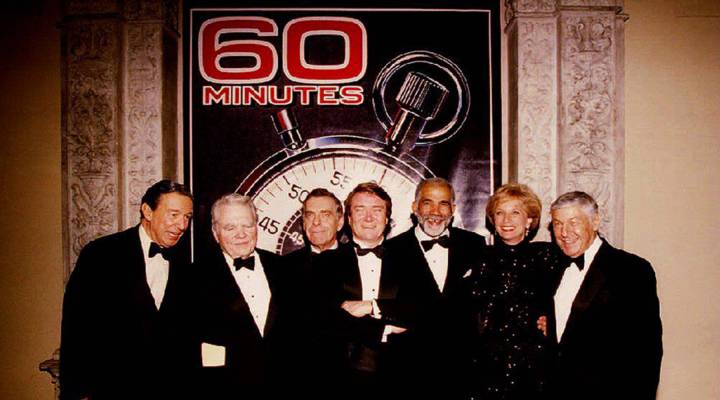 Even as the media landscape has shifted dramatically over the decades, “60 Minutes” is still commanding attention and breaking news on Sunday nights. As the broadcast enters its 50th season, the show’s executive producer, Jeff Fager, has a new book looking at the history of the show. It’s called “Fifty Years of 60 Minutes: The Inside Story of Television’s Most Influential News Broadcast.” Marketplace host Adriene Hill talked with Fager about his book and the story behind the decades-old news program. The following is an edited transcript of their conversation.

Adriene Hill: I want to start with the title of your book. What’s made “60 Minutes” so influential for so long?

Jeff Fager: Well, it’s interesting, we haven’t really changed our values and standards in all of that time, but we’ve evolved significantly. And I think it is actually the values part that has kept us on the air. I think our viewer expects something of us. We go against conventional wisdom in television news, we keep it very simple, there are no bells and whistles. And here’s probably the biggest difference: We don’t do audience research to decide what the viewer wants us to cover.

Hill: I read that. Why not?

Fager: Because it’s a slippery slope, once you start doing that kind of reporting, that kind of work, you’re no longer making editorial judgments on your own about what’s important. You’re pandering in order to get an audience.

Hill: So one of the values of “60 Minutes” is storytelling, picking your own stories deciding how to tell them in an interesting way. What guides you? What else guides the choices that you make?

Fager: Well, there are so many things that guide us. I think what’s important matters. There are certain things we avoid. We never want to be sensational. And I think in big picture, as our opioid story with The Washington Post this past Sunday showed.

Hill: And so that’s the story, just to remind people, President Trump’s nominee for drug czar, Tom Marino, basically withdrew his name after that reporting.

Fager: He did, because he was the sponsor of a bill that basically hobbled the DEA’s ability to crack down on illegal sales of opioids. And we had one of the highest-ranking whistleblowers we’ve ever had on “60 Minutes,” [Joe] Rannazzisi, who had been running the Office of Diversion Control at the DEA. He said that they were hobbled, the bill had just cut off their ability to do anything about this horrible epidemic.

Fager: Well, those things are true for us. Last year we grew in total viewers, and I think that if you look at the statistics, our average age is a lot younger than the cable news outlets. That said, we’ve been very aggressive about making sure that our digital platforms are healthy, and I firmly believe that we’re positioned incredibly well for the digital world and that our stories are well suited for it.

Hill: What do you lose sleep at night about then? What is the biggest threat out there, do you think, to what “60 Minutes” does?

Fager: I think any real serious journalistic outlet is always concerned about credibility. That’s really what is at stake with everything we do. You do your best, and you work your hardest at fairness and accuracy and making sure that we’re not making mistakes. That’s not to say we don’t make mistakes, we do. We’ve made some good ones over the course of 50 years and some embarrassing ones, but there aren’t that many. But if you say, “What do you lose sleep over?” it’s that someone’s going to try to pull the wool over their eyes as they do from time to time, and we’re going to miss it. That, to me, is the biggest threat to what we do.

Hill: And has that become more difficult in this day and age of social media and fake news and all the rest of it?

Fager: I don’t think so. The last time we had a big mistake was a story we did about the Benghazi attack and the mistake was built around someone who really lied to us, trying to make his story more compelling. And that was painful. We should have found it, we should have discovered it in our vetting process, and we didn’t. So I think as a result of that, we simply got better. But I don’t think that it’s because of all the fake news out there that threatens us. I think there is a concern that it threatens the credibility of the news business, especially when the president is calling so much legitimate news fake. It’s a serious problem that has to be tackled in places like Facebook.