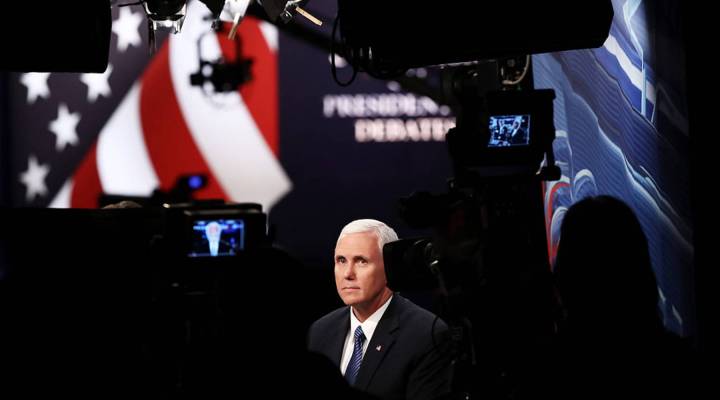 You’re heard all about red, blue and purple states.  This election? There’s also a green state.  As in cold, hard campaign cash.

“September was tremendous,” said Mike Murphy, general manager of KMOV-TV in Saint Louis. “October will be a record-spending month in this market for political spending. There’s no doubt about it.”

Murphy estimated that revenue from political ads at his station is up 25 percent over this time four years ago. That’s more political advertising than he’s ever seen in Saint Louis. “You know,  I’ve heard about it in other markets but this has been tremendous here,” he said.

Most of that money is coming from down-ballot contests. Missouri Senator Roy Blunt, a Republican, is doing some of the spending. He’s facing a surprise challenge from Democrat Jason Kander.

Democrats started pouring money into tight congressional and state races all over the country when Hillary Clinton had a comfortable lead over Donald Trump. Now that the race is tightening up, Democrats are also pouring more money into states they thought Clinton had sewn up. Like Virginia.

That’s just fine with Andrew Shearer. Who owns two radio stations in northwestern Virginia. “This has been a considerably higher uptick in advertising from what happened four years ago,” Shearer said.

Shearer estimates political advertising at his stations has increased more than 50 percent over this time in 2012. And he’s getting more ad placements from Democrats as polls showed the presidential race tightening in Virginia.

“I believe that the placements that the Democrats are doing are directly related to the fact that Trump  is back up in the polls,” he said.

And here’s the thing.  TV and radio stations have to give the lowest published ad rate to the candidates.  But they’re not the only ones advertising. Super PACs have jumped in, too.  Running ads in unexpectedly close races.  And they don’t get the lowest rates. They have to pay whatever the market will bear–maybe two or even three times the normal rate.

“If you’re trying to buy the 11 o’clock news in Orlando right now, good luck,” said Steve Passwaiter, vice president and general manager of Kantar Media CMAG. “You’re going to need it. And it’s going to be incredibly expensive. And the game is do you want to get the spot to air, or don’t you?”

Of course, the super PACs and campaigns do want to get their message out. So when races tighten and the going gets tough, they bite the bullet. And turn to TV.  Travis Ridout is co-director of the Wesleyan Media project, which tracks political advertising.  He said TV is still king when it comes to these types of ads.  With campaigns and super PACs spending huge amounts.

And we still have five days to go before the election.