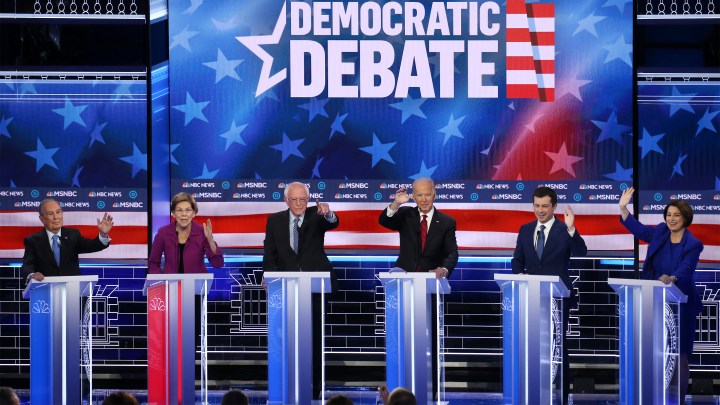 COPY
Most of the money spent on political ads goes to television. Mario Tama/Getty Images

Most of the money spent on political ads goes to television. Mario Tama/Getty Images
Listen Now

Nevada votes in the Democratic primary Saturday. Political advertising spending for federal campaigns this election cycle is expected to top $6 billion nationally, mostly on old-fashioned TV. But not all political ads are created equal.

Maybe last night you plopped down on the couch to watch the new episode of “Grey’s Anatomy” on ABC. Maybe you streamed it. Same show, same couch.

However, “there are vastly different reporting regimes for broadcast television versus digital,” said Erika Franklin Fowler, co-director of the Wesleyan Media Project.

She said streaming falls into the digital space, where ads don’t always have to say who’s paid for them. The last time the Federal Election Commission updated internet ad rules was 2006.

Erin Chlopak, director of campaign finance strategy at the Campaign Legal Center, said that matters at the ballot box.

“Knowing that it was paid for either by an environmental organization or an oil company really affects the way that people understand the interest behind that ad and what it really means,” Chlopak said.

Market research company eMarketer says TV will take in about 70% of political ad dollars this year. But experts say digital ads are growing, because political action committees can target hyper-specific groups of people online based on where you are, what you buy and, yes, what you watch.

Clarification (Feb. 21, 2020): This story has been updated to include details of political ad spending predictions.