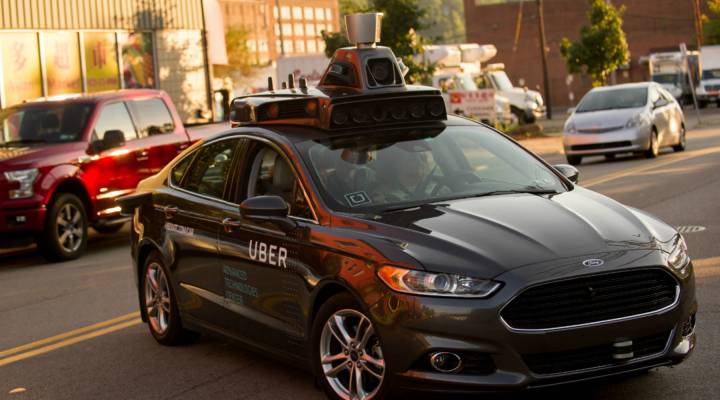 A small fleet of self-driving Ubers took to the streets of Pittsburgh, Pennsylvania, in August. When the announcement first came out, some were surprised it wasn’t happening in a bigger tech hub like San Francisco.

“Really, 30 years we’ve been leading in robotics. Back in 1979, when the steel industry collapsed, Carnegie Mellon University created the first robotics program in the world,” he said.

Peduto said that talent, combined with Pittsburgh’s hills and the willingness of the local government, made Pittsburgh a natural choice.

But not all citizens of Steel City asked to have driverless cars in their streets, and some are worried about what the cars could do. Peduto points to the fact that there are human drivers in the cars, and says that in the data thus far, autonomous vehicles are safer than human-driven vehicles.

Peduto also said that it’s worth the risk.

“Will there be errors?  Yes, but to assume that something would be 100 percent fail-safe, that there would be no error whatsoever, we would never have cured polio…There is a risk factor that’s involved, but the progress of man for almost everything has been based upon that risk,” he said.