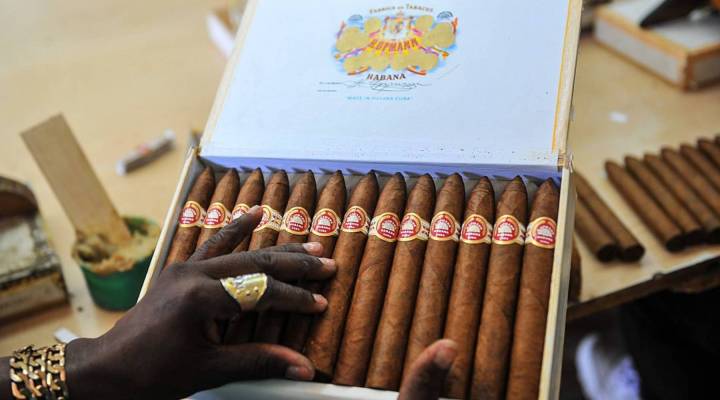 The Obama administration announced Friday that new tourists to Cuba can bring back as much rum and cigars as they can fit in their baggage. Normal duties apply, of course.

Richard Feinberg, a non-resident fellow at Brookings, recently wrote a book on Cuba’s changing economy. He said the announcement “brings closer the day when you have a general availability in the United States of those iconic Cuban products.”

But, he said there are still several limitations — the embargo is still technically in place, and “what U.S. businesses are waiting for and what the Cuban government is waiting for are really very clear and definitive signals that we will be moving definitively to a brand-new stage of the U.S.-Cuban relationship.”

John Kavulich, president of the U.S.-Cuba Trade and Economic Council, is frustrated with what he sees as a slow pace of the changes, especially as they pertain to businesses.

Kavulich said it’s still hard to move money between Cuba and the U.S.

Even so, things are getting easier, especially for those working in the tourism sector.

Jose Azel, with the University of Miami’s Institute for Cuban and Cuban-American Studies, said the boost in tourism will maybe have a trickle-down effect for the Cuban people, but, he said, “It’s very hard to see how those non-export activities will contribute to the economic development of the island.”