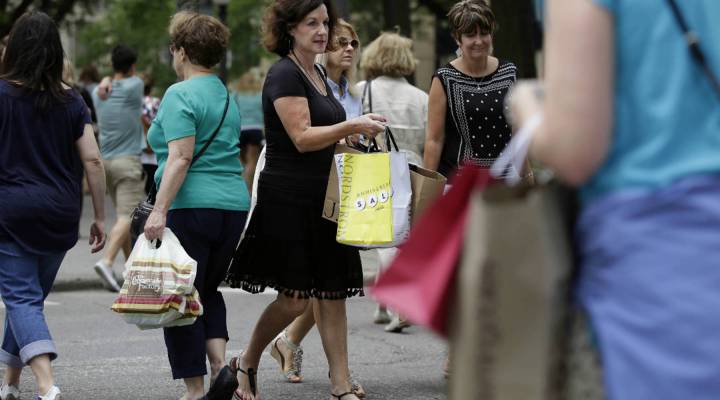 COPY
Some consumers are feeling secure in their jobs. Joshua Lott/Getty Images

Some consumers are feeling secure in their jobs. Joshua Lott/Getty Images
Listen Now

Despite what you might have heard from politicians, American consumers are bullish. Consumer confidence numbers are reaching the highest levels since 2007.

“We’ve last seen levels this high before the Great Recession,” said Lynn Franco, director of economic indicators and surveys at The Conference Board, which measures consumer confidence every month.

“Consumers are confident,” she added. “There’s a willingness to spend.”

Franco said more consumers feel secure in their jobs. They see that the economy is growing.

OK – so they want to splurge. But there’s a difference between confidence and actual spending. Are consumers spending at pre-recession levels?  Not according to Paul Ashworth, chief U.S. economist at Capital Economics.

“As far as confidence goes, we’re back to that level,” he said. “It’s just that actual consumption has been a bit weaker. And some of that is because households just aren’t taking debt on at the same pace.”

Ashworth said that’s a good thing. But try telling that to a retailer looking ahead to the holiday season.