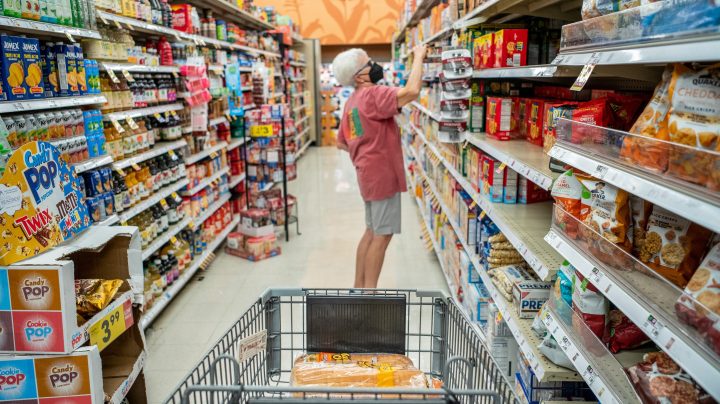 There are signs that the labor market is cooling off, and if you look at the latest data on consumer confidence, consumer spending could be next.

Against the odds, consumers have been fairly resilient of late. Even as Americans have been feeling the pinch of inflation and bracing for an economic downturn, we’ve been buying an awful lot of stuff.

We learned Tuesday that a measure of consumer confidence from The Conference Board fell for the third straight month. And Lynn Franco, director of economic indicators for that group, said slipping confidence leads to caution, which leads to a potential pullback in spending.

Or at least, it used to.

“You can’t rely on old rules of thumb,” said Robert Frick, an economist with the Navy Federal Credit Union. “You have to basically wipe the chalkboard clean and come to fresh conclusions.”

Normally, by the time we’re all freaking out about a possible recession, Frick said Americans have already been feeling the economic turbulence for a while.

But Betsey Stevenson, an economist at the University of Michigan, said a few things are insulating many of our budgets from inflation.

“One is that people built up a lot of savings during the pandemic,” Stevenson said.

You know, relief checks, all that time at home.

“And I think for a lot of households right now, even though they’re very worried about the economy, they think, ‘At least I have a reliable job,'” she said.

As the labor market cools, Stevenson predicts consumer spending will too. And for some lower-income households, that’s already happening.

“There’s sort of a tale of two consumers here, where one’s being much more impacted,” said Franco of The Conference Board.

We’re seeing signs of change in consumer behavior. This week, Walmart said its customers are spending less on discretionary goods and more on necessities like groceries.