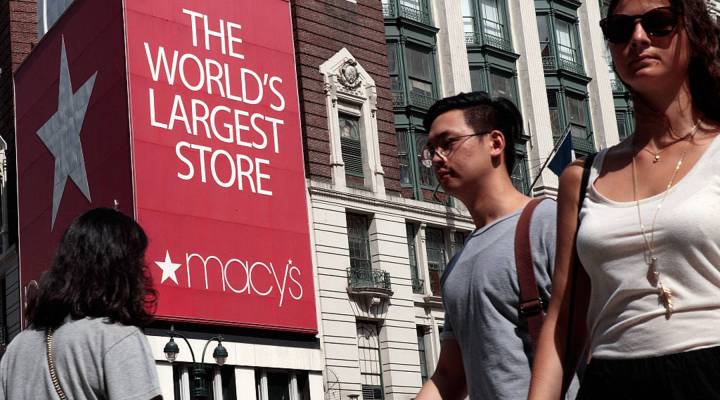 Macy’s says that its plan to close 100 locations across the country will give the company a chance to elevate its “total customer experience across all methods of shopping.”

But don’t go blaming the internet.

“The Macy’s story and Macy’s closing is not terribly surprising,” he said. During the course of its growth, Macy’s acquired stores, many of which were not productive. The real problem he said, is that retail in the United States is bloated.

“The American retail landscape has far too many stores.”

Or as the industry says, we are over-stored.

So how do companies figure out which stores to keep and which to close? Location plays a big part. Remember the mall?

“There are quite a few malls in the U.S. that used to be in very good locations or at least in reasonable locations,” Pollack noted.

But consumers have a tricky habit of moving. And as they do, populations can shrink, and consumers with less wallet power move in.

“Online and offline stores today have this kind of chemical interaction, and customers want to see product physically, and then they’ll go an order it online,” Goldberg said.

Goldberg said when you close a physical store, online sales in same geographic area suffer. He said retailers need physical stores, but to make them a success they need to focus on customer experience, be it bargain hunting or visiting a classic American brand like Macy’s.

While the internet plays a role, it’s a matter of how much, Goldberg said.

“You’d have to have your head in the sand if you were going to ignore impact of online competition,” Pollack said. It’s not the end all and be all factor behind retail decision making.

How’s that for a switch? Instead of advertisers and brands telling consumers they need to trim their waistlines, this time it’s consumers telling retail, heads up — you need to go on a diet.