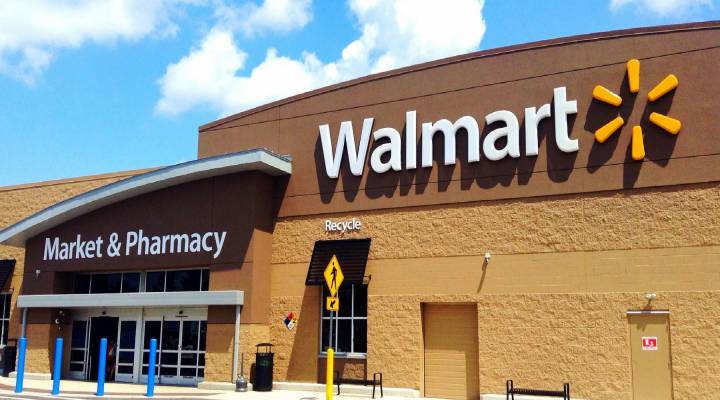 Brick-and-mortar retail is going through a substantial shakeout in 2016. While retail sales overall have held up moderately well (up 3.1 percent in 2015), growth has stalled over the past several years. Virtually all the recent expansion in retail has been in online sales, rising by double digits annually.

Staples, for instance, has seen declining shopper traffic since 2009. The company is closing stores and downsizing retail square footage in some stores that remain open. Macy’s and Sears plan to close dozens of stores across the country; Wal-Mart will close more than 100 stores this year; Nordstrom is eliminating several hundred jobs to respond to lackluster in-store sales.

“We’re tracking more closures this year than any year since 2010, as we were coming out of the recession,” said Garrick Brown, vice president for retail research at Cushman & Wakefield. “And a lot of that is being driven by e-commerce. E-commerce rightsizing is another factor that’s causing a lot of players to close stores that are otherwise healthy.”

Brown added, “Macy’s is going to close around 40 department stores this year. They are going to expand their off-price brand. They’re in pretty good shape. They look at the marketplace and say: ‘Eventually we’re going to have 30 percent of our sales online. We just don’t need this many physical locations anymore.’”

Brown said many national retail chains, including those that are doing well boosting their online sales, are asking: “Can you survive in this environment where you have to build your web presence? If you’re a chain like Abercrombie & Fitch, there’s still room for you, but you don’t need 1,100 units. Maybe you need 700 or 600 stores.”

E-commerce strategist James Keller is in the thick of this “Brave New Retail World.” She currently works on project strategies at Uncorked Studios in Portland; she previously headed Walmart.com’s mobile-user experience group, and she has consulted on mobile commerce for Amazon and Starbucks.

Keller believes the multichannel retailers that will succeed in the long run “recognize the nuances in how people want to purchase their particular product. Different categories of products have different needs.”

One of Keller’s favorite e-commerce sites is the upscale apparel brand Icebreaker.com, a New Zealand-based retailer that specializes in wool garments and accessories.

“We can see right away that they’re a lifestyle brand,” said Keller, surfing the website. “Tattooed guys, young hip people—it says, ‘not your grandfather’s wooly sweater.’ They describe their physical retail locations as ‘touch labs.’ That’s important because a lot of people hear ‘wool,’ and they think ‘itchy and scratchy.’ The stores are a way for people to go and feel the product, then they’ll do most of their purchasing online.”

Keller said that for tactile items, store and website can work together: the store for seeing and touching, the website for ease and convenience of purchasing. Other products for which color, texture and fit are crucial may have the same dynamics at work, Keller said, such as yarn, furniture and bathing suits.

One ongoing challenge for online retailers is that web shoppers don’t typically find items they weren’t already shopping for, the way shoppers wandering around a physical store often do.

Keller said that Amazon.com does a good job of recommending related items to online shoppers. “They go for that traditional cross-sell-upsell to capture your eye in an unintentional way,” Keller said. “If you’re buying a scarf, they will probably recommend the matching hat or gloves.”

Keller said Pinterest is a good platform for getting ideas and suggestions, seeing what friends and colleagues are wearing, liking and buying.

But, she said, “algorithms are not people,” and she doubts whether online sales engines will ever be able to match the serendipity of a good brick-and-mortar shopping spree.