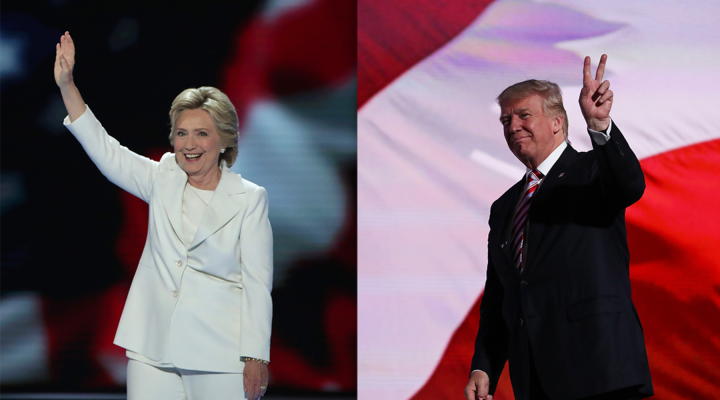 Before 1952, the major political party conventions were never even as late as July. They were deliberative bodies that assembled to choose the nominee. And they weren’t on TV because broadcasting was still in its infancy.

David Lublin, professor of government at American University, said the function of the conventions is completely different now.

“The conventions are where the parties kind of give us a week-long infomercial to introduce themselves to the country,” he said.

There’s no legal reason this year’s conventions were so early.

Michael Malbin, professor of political science at the University at Albany and executive director of the Campaign Finance Institute, said national party committees can spend money whenever they like.

“It was about rules when candidates were taking presidential public financing,” he said. “Then it made a difference when you officially became the nominee.”

It made a difference because if a candidate takes public financing, there are restrictions on how she can deploy that money. Neither of these candidates elected to do that.

Malbin said there are basically three things that the parties have to consider when timing the conventions.

He thinks it’s likely the latter that led to the July conventions. Neither party wanted to compete with the Summer Olympics, which start on Friday.

Norm Eisen, former ambassador to the Czech Republic and Obama Administration ethics czar, said this all translates to campaigns having to stretch out their money and work the fundraising phones even more.

“Let’s face it, with every cycle, presidential elections get more and more expensive, more and more complicated and more and more lengthy,” he said. “The early conventions have stretched the runway some more.”

A lot of people tuned in to the TV broadcasts. Donald Trump’s speech on the final night of his convention averaged about 2 million viewers more than Hillary Clinton did on her big night. But Trump’s audience was 20 percent smaller than President Barack Obama’s in 2008.

For more coverage from the Republican and Democratic conventions, check out our podcast “Politics Inside Out.”