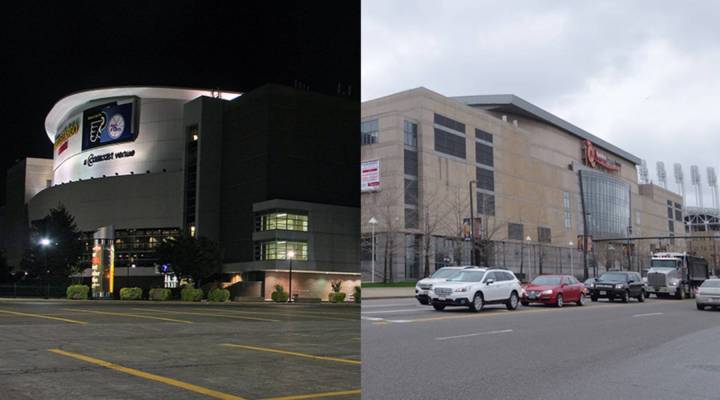 Cleveland and Philadelphia are hoping for economic windfalls from this summer’s presidential nominating conventions. Cleveland will host the Republicans. The Democrats will meet in Philadelphia.

The big question for both cities is, will the economic benefits outweigh the costs of hosting the conventions?

He owns a local flooring company. It’s a great time to be in construction in Cleveland, because the downtown is undergoing a major face-lift for the convention.

Adams points across the street at Cleveland’s old Board of Education Building, which he’s helping turn into the hotel.

William Mahnic teaches finance at Case Western Reserve University in Cleveland. He ticks off the benefits of a convention. Free-spending delegates, improvements to the city’s infrastructure, national exposure. And he added, the convention will put Clevelanders in a good mood.

Victor Matheson, teaches economics at the College of the Holy Cross in Worcester, Massachusetts, maintains there’s no guarantee of those intangible benefits.

“Remember, all of these are predicated on everything going well,” he said. “And boy, these conventions sure look contentious, at least at this point.”

Cleveland’s old Board of Education building is being turned into a hotel.

Matheson said those infrastructure improvements were just sped up, and would have been done anyway.

He said, yes, the host cities will get a bump up from the delegates’ spending. But many locals will stay home during the convention. Their spending will fall. And Matheson insists lots of convention dollars go to big corporations, like hotels.

“That ends up in the shareholders pockets, back at corporate headquarters in New York City,” he said.

Back in downtown Cleveland, Adams — the flooring guy — sees both sides. He’s thrilled with the extra business he’s getting. But he does wonder if all of the new hotels will still be full after the convention.