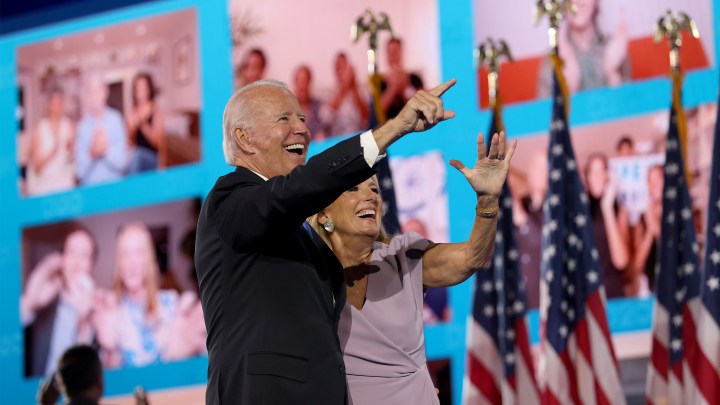 The Republican National Convention starts Monday. And if you watched any of the Democratic convention, you know this year’s mix of live and pre-recorded speeches was a departure from the traditional format. National conventions are a form of marketing, and the COVID-19 economy has forced both parties to go virtual.

Without a live audience, political parties miss out on a way to broadcast enthusiasm for a message.

“You don’t get the applause at certain points. You don’t get the orchestrated signs that people were holding up,” said Costas Panagopoulos, professor of political science at Northeastern University and editor of “Rewiring Politics,” a book about modern party conventions.

He said virtual conventions do give political parties a chance to convey their messages exactly as they intend to.

“They can be recorded and improved,” Panagopoulos said. “If the points are not clear enough, they can even be rewritten and rerecorded.”

Panagopoulos said in recent years, traditional conventions have been getting more expensive.

Will Rinehart, a senior research fellow at Utah State University, said the virtual format means parties don’t have to reserve a huge venue, get everyone in the same room or make sure everyone has food.

“It’s really, really easy to get your message out quite quickly with a pretty low production process,” he said.

What’s still unclear, he said, is whether virtual messaging can push people to vote.