Do you expect to receive an inheritance at some point in your life? If you do, you’re in the minority — only about one in four Americans under the age of 60 expect to get money passed down to them, according to a new report out today by the financial website Interest.com.

What’s interesting is how those who do expect to inherit money plan to spend it, and what that means for the majority of Americans who don’t see a parental windfall in their future.

Let’s start with the inheritors. Meg Wilson is one. She teaches at the University of Texas in Austin as an adjunct instructor — meaning, no retirement benefits. So when her father died, and left her more than $160,000, she knew what she needed to do.

“We put it all in to my retirement,” she says. And that move has been “crucial” to her financial stability.

“If I didn’t have that I would be working at least another job or two… I don’t know where,” she laughs.

According to today’s survey, more than 40 percent of those who expect to get an inheritance said they plan to do what Meg Wilson is doing — invest it in savings or retirement. That’s different from past generations who might have used that money to splurge on a one-time expense like a swimming pool or a vacation, says Interest.com’s managing editor Mike Sante.

“When you have a do-it-yourself retirement era, people are starting to rethink what they can and should do with an inheritance,” Sante says. He suggests that today, as employee retirement pensions are less common and more people face saving for old-age on their own, inheritance is a good way to help fill in the gap.

Of course, that advice only helps if you’re actually getting an inheritance. About 75 percent of Americans say they don’t expect one. Louis Barajas, a financial planner in Southern California, who works primarily with lower and middle income families, says that his clients often don’t have the luxury of waiting to pass their money on to their kids.

“Everybody kind of helps each other out now, instead of waiting towards the future and saving a lot of money and giving it to them after they pass away,” Barajas says of his older clients.

As for his younger clients, many of them have what you might call a “reverse inheritance,” he says.

“Not only are they not expecting an inheritance — they normally have parents that they’re having to take care of.” 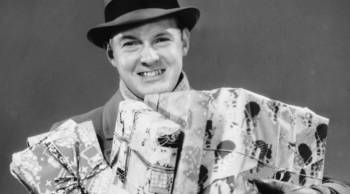