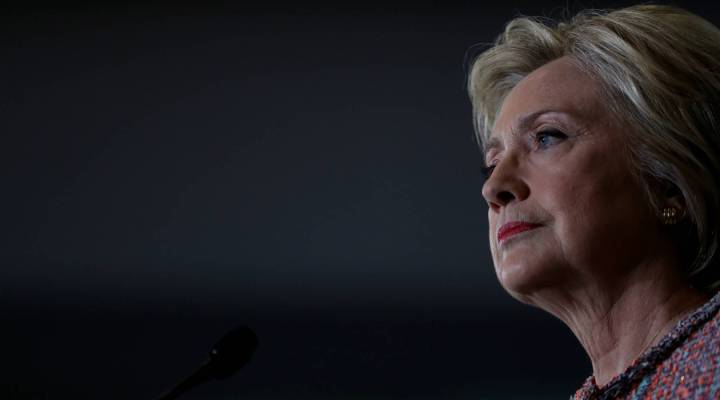 Hillary Clinton’s campaign is out with a proposal to raise the estate tax for the largest estates. She’d already suggested an expansion of the tax; new details appeared on her website Thursday proposing to up the top rate to 65 percent.

Estate taxes are taxes on inheritance after death, and generally only apply to the very wealthy — around two in a thousand estates are eligible to pay the tax.

Clinton proposes to raise the base rate from 40 to 45 percent, lower the floor for who owes the tax from estates valued at $5.45 million to $3.5 million, and increase rates to as high as 65 percent for estates valued at more than $500 million for an individual. It’s part of a package of proposals for increased taxes on the wealthy that she has pushed throughout her campaign.

“American workers have paid taxes their whole lives, and they should not be taxed again at death,” he said in a speech in August. “It’s just plain wrong.”

Hillary Clinton rebutted him on this: “He would, by eliminating the estate tax, save the Trump family $4 billion, and do absolutely nothing for 99.8 percent of all Americans.”

Clinton acknowledged it’s hard to know the size of Trump’s estate or how much he pays in taxes now, as he has yet to release tax returns to the public.

The main focus of his tax platform is reducing taxes on businesses, not on the wealthy.

The latest non-partisan analysis of each of their plans finds that over 10 years, Clinton’s combination of increases and cuts would add about $200 billion to the national debt, raising both revenue and spending.

Trump would reduce both revenue and spending, while adding $5.3 trillion to the national debt.