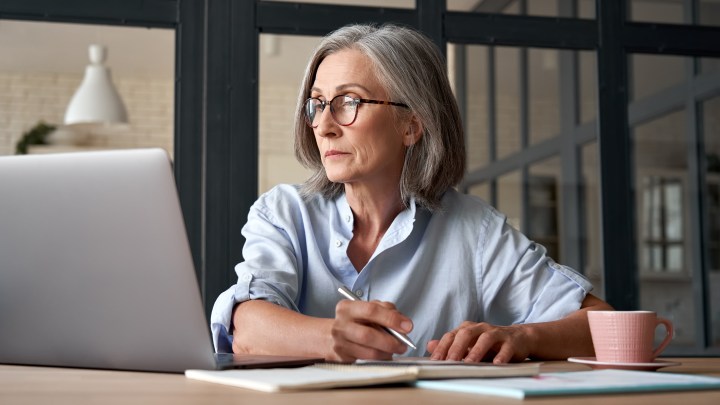 COPY
A new survey from the New York Federal Reserve shows respondents are increasingly thinking they'll be exiting the workforce at a young age. insta_photos

A new survey from the New York Federal Reserve shows respondents are increasingly thinking they'll be exiting the workforce at a young age. insta_photos
Listen Now

Over the past several decades, Americans have been working well into their 60s. Now, fewer people are planning to do that.

According to a new survey from the New York Federal Reserve, 50.1% of respondents expect to keep working past the age of 62. That’s an almost 2% decline from the year before.

The expectations for working past age 67 also dropped. Why is that?

Each recession comes with its own obstacles for older Americans. The last recession is the subject of the movie “Nomadland.” Frances McDormand plays a van-dwelling widow puzzling together work at Amazon fulfillment centers and beet processing plants.

If a movie is made about the pandemic recession, “it’s probably going to be called something like ‘The Tale of Two Retirements,'” said Teresa Ghilarducci, a labor economist at The New School.

Some older workers have the room to retire early, Ghilarducci said, thanks to savings or because their retirement accounts got a boost. About 10% of older Americans have this kind of financial stability, she added.

Then, there’s everyone else. Some need to work, but feel there aren’t jobs for them.

“Some of that, the expectations that they can’t work past 62 or 65, might be more pessimistic because of reality,” Ghilarducci said.

She said that the pandemic only reinforced older Americans’ sense that they’re not valued. Many of them were laid off, or quit because they were at higher risk of contracting COVID. In August, nearly half of jobseekers 55 or older were long-term unemployed, compared to about one-third for younger workers, according to AARP.

“That means that these people are going to have a much more problematic retirement,” said David John, senior policy advisor with AARP. They’ll be more likely to dip into savings and social security early and face a gap in health insurance.

“It’s going to be a matter of deciding what standard of living they can actually live with, and adapting to that,” John said. It’s common for peoples’ financial expectations of retirement to not match reality, John said — but reality has never quite looked like this.