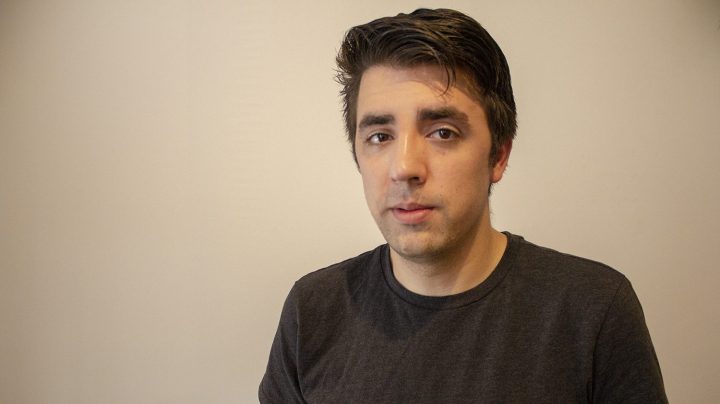 COPY
Dean Antonio, whose father passed away in 2017. After his dad's death, Dean got a sizeable inheritance that he's been conflicted about having.

Dean Antonio, whose father passed away in 2017. After his dad's death, Dean got a sizeable inheritance that he's been conflicted about having.
Listen Now

When Dean Antonio’s dad died by suicide in 2017, one of the first people to reach out was the HR representative from his dad’s company.

She said the company was going to send them a check. And she rattled off what was coming: his dad’s last paycheck, the bonuses he was due, stocks and his dad’s life insurance policy. It added up to about $400,000.

“It felt horrible to even have to think about money at that point,” Antonio said. “It felt like dirty to know that I was getting money because he died.”

At the time, Antonio was 25 and a full-time tutor with over $100,000 in student loan debt. But this was not the payday he wanted or expected.

It’s been over two years since he received his dad’s life insurance benefit, and Antonio still feels too guilty to use nearly any of it. Instead, he goes out of his way to avoid it. Antonio stopped getting receipts from A.T.M.s because it’s too painful to see the number in his bank account.

Receiving financial compensation following the death of a loved one can be a source of pain and guilt. So how should people handle this event?

This story is part of our podcast “This Is Uncomfortable.” Listen to the whole thing below, and subscribe wherever you get podcasts.

“Our brains can be a little bit tricky when it comes to money,” said Amanda Clayman, a a licensed clinical social worker and financial therapist based in Los Angeles.

As a financial therapist, her job is to help people cope with their feelings about money, including when people feel conflicted about receiving an inheritance.

Whenever someone is emotionally overwhelmed, it shuts down executive functioning processes in the brain. The processes that help people plan for the future and do basic math can go offline, she explained.

Clayman said the first step is to get used to having the money. Practice looking at accounts where the money lives, answer logistical questions about the money and start to picture what the money could be used for.

Because holding onto an inheritance for too long poses its own danger.

“Putting off deciding what to do with the money can keep us stuck in that stage of grief where we haven’t fully transitioned to accepting and integrating the loss of this loved one,” Clayman said.

Clayman says a common barrier is that people still think of an inheritance as their loved one’s money. Not their own.

That’s the case for Antonio, who said the money just doesn’t feel like its his. Yet.

Antonio knows there won’t be some magic moment when he feels better about everything and can just see the inheritance as money. But things feel a bit different now.

“It’s getting a little easier. I can feel it,” Antonio said. ” I think when the money doesn’t hold that much weight or emotional charge, it’s probably a sign that I’ve come to terms with things.”

Two years after his dad’s death, he’s moving in the right direction. And according to the experts, there’s no need to rush.