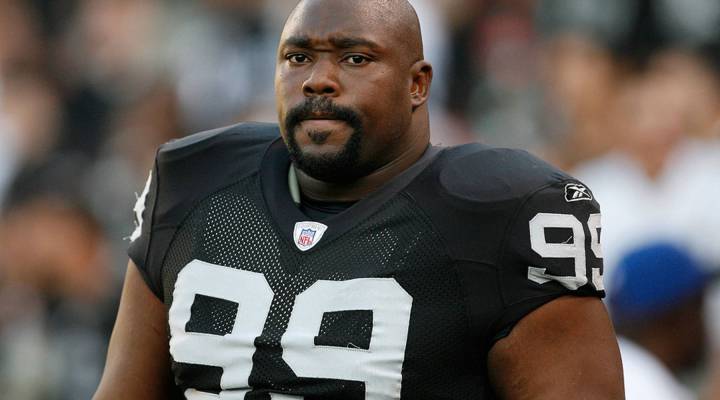 NFL legend Warren Sapp on his financial life after football

COPY
Warren Sapp, a former defensive tackle for the Tampa Bay Buccaneers and the Oakland Raiders. Robert B. Stanton/NFLPhotoLibrary

NFL legend Warren Sapp on his financial life after football

Warren Sapp, a former defensive tackle for the Tampa Bay Buccaneers and the Oakland Raiders. Robert B. Stanton/NFLPhotoLibrary
Listen Now

Last month a familiar story hit the front page of the sports section: “Multi-millionaire athlete declares bankruptcy.” This time it was 39-year-old football legend Warren Sapp. He played defensive tackle for 13 seasons in the NFL, won a Super Bowl title with Tampa Bay in 2002 and banked — by his own count — $60 million. Now he’s filed for Chapter 7 liquidation.

According to court papers, he owes creditors more than $6.7 million. Sapp says he made bad real estate investments just before the housing bust, among other financial woes. And because of the debt, his paychecks as an analyst for the NFL Network were garnished. He also specifically pointed to an expensive divorce and taking a huge paycut (from $5 million annually to less than $1 million) as factors that led him into his financial predicament.

He’s hardly alone. According to Sports Illustrated, nearly 80 percent of NFL players file for bankruptcy within two years of their retirement.

“Trust me, you don’t choose this,” Sapp said.

He said while most people may not understand how he got into the financial trouble that he did, he wanted to clarify that he is current on his child support payments.

“I will eat trash before my children are not not taken care of,” he said.

Listen to the full interview by clicking the play button on the audio player above.