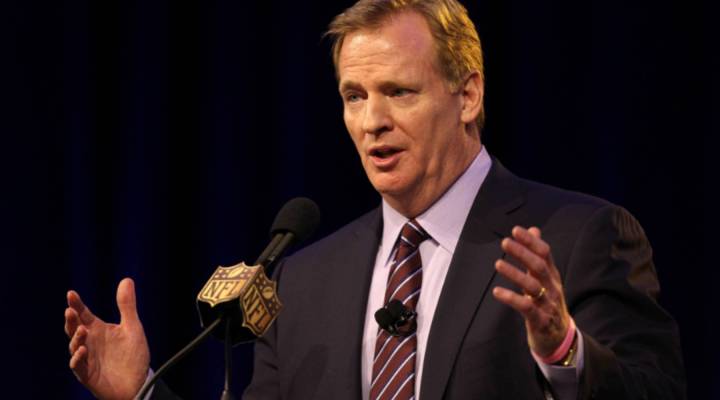 The NFL revealed Tuesday that League Commissioner Roger Goodell earned about $34 million in 2014, a year marred by controversy and domestic-abuse scandals. It’s also the last year the league has to publicly disclose the commissioner’s earnings, thanks to its transition into a for-profit entity.

The league has embodied what sounds like a financial contradiction: the NFL League Office initially had tax-exempt, nonprofit status, while the teams themselves did not.

But in July of last year, the league shed that status, leading to a crucial trade-off. The NFL office has to pay taxes on its income, but no longer has to reveal salary information for executives like Goodell.

The status change is estimated to “cost the league about $109 million over the next decade,” Bloomberg writes. The NFL pulls in an annual revenue of $12 billion, making it the “richest U.S. sports league.”

USA Today reports that some of the factors used to determine compensation include independent consultation, and looking at the earnings of other sports and entertainment organization executives.

The Bloomberg Pay Index places Goodell as the 62nd most highly paid executive across publicly traded U.S. companies.  According to CNNMoney, his earnings, based on the seven seasons’ worth of data the league has released, amount to about  $174.1 million — a number that outpaces the earnings of any football player in the same period.