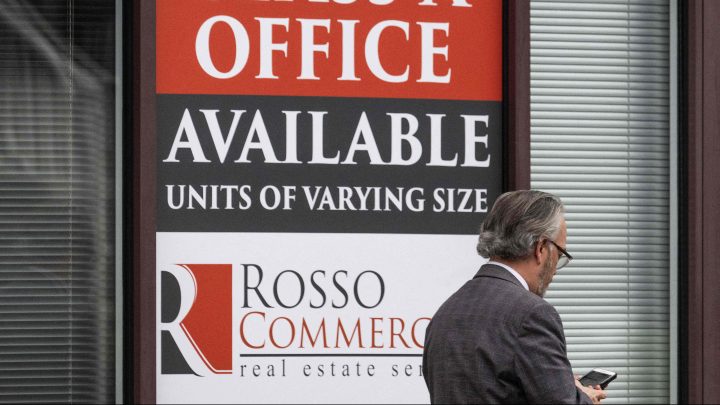 Commercial lending is a mixed bag across the country, bankers say

Commercial lending is a mixed bag across the country, bankers say

How is the economy doing? It depends a lot on whom you ask.

Homebuilders, for instance, will tell you that things are looking pretty bad, given the sorry state of the housing market. Airlines might tell you things are going so well that they’re struggling to keep up with demand.

But if you ask bankers — not the high-profile Wall Street types, but rather the bankers all over the country who interact daily with small businesses — the economy looks like a mixed bag. Last week, the Federal Reserve reported that lending activity is down in some parts of the country but up in others.

At First Pacific Bank in Southern California, demand for loans has been pretty strong lately.

“I did expect it to cool off a little bit with interest rates going up, but I think everyone’s kind of taking that in stride,” said Nathan Rogge, First Pacific Bank’s CEO.

“You’re seeing retail, professional, wholesalers, they’ve all done pretty well,” he said. “And they — all across the board — seem to think that there are some opportunities.”

Rogge said some of his clients are hoping to purchase new equipment or vehicles; others are even looking to buy new buildings. Overall, he said it’s a sign that people are feeling optimistic about the economy.

“Now, we’ll see how long that lasts,” Rogge said. “I do think that there’s probably a tipping point, but we just aren’t there yet.”

Not every bank is seeing the same kind of optimism that Rogge is.

“There’s not much in the pipeline. Things have really kind of dried up here in the middle of January,” said Chris Duncan, senior loan officer at La Salle State Bank in Illinois, about an hour and a half southwest of Chicago.

Over the last few years, Duncan said January has been a busy time for commercial lending. But this year, a lot of his clients seem hesitant.

“And I think that is a result of the interest rate increases, inflation, just general uncertainty in the market on the part of businesses and consumers,” he said.

Duncan said many business owners are concerned that consumers in his part of the rural Midwest might be particularly vulnerable to an economic downturn.

“I think that’s going to have a larger adverse impact on folks in smaller communities, whose average income is lower, and they’re having to pay the higher premium for these goods now, because of inflation.”

In fact, Illinois and some states in the Northeast have lost population in recent years, said Charlie Dougherty, an economist with Wells Fargo. He calls this “affordability migration” — and it’s not just about the price of goods.

“People are looking for lower real estate costs,” Dougherty said. “And that is stirring them to move to different parts of the country where they may find that.”

And as people move, businesses follow them — especially now that employers are struggling to find workers.

That’s been happening a lot in the Southeast. Dominik Mjartan, CEO of Optus Bank in South Carolina, said consumer demand in his region is strong.

Mjartan’s clients have been asking him a lot of questions about interest rates: whether rates could fall in the future and whether clients should take out a loan with a fixed or variable rate.

The bank itself has been asking its clients a lot of questions too, Mjartan added.

“Have they been in their businesses for a long time?” he said. “Have they managed through the last recession? Do they know how to navigate those challenges?”

But so far, Mjartan said he hasn’t seen any signs that he should be concerned.