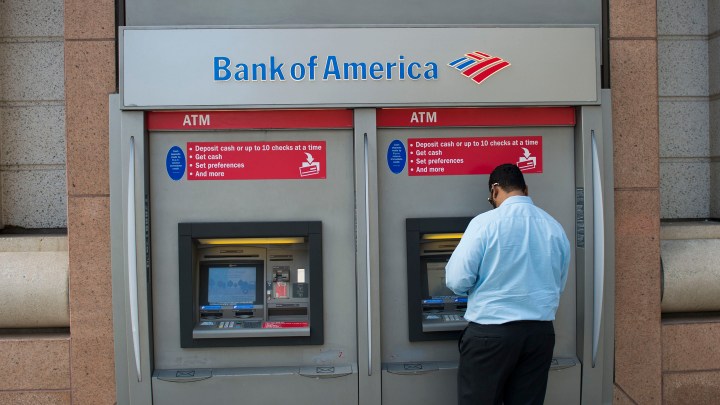 COPY
The lending decline for some banks comes despite the fact that interest rates are at near-record lows. Andrew Caballero-Reynolds/AFP via Getty Images
COVID-19

The lending decline for some banks comes despite the fact that interest rates are at near-record lows. Andrew Caballero-Reynolds/AFP via Getty Images
Listen Now

Several big banks reported profits in the last few days, and, in most cases, they have done well thanks to their trading desks, mergers activity and IPO underwriting.

But some banks say lending has cooled. Bank of America and Wells Fargo say they’re lending less compared to the same time last year. And that’s despite the fact that interest rates are at near-record lows.

A recent survey from the National Federation of Independent Business found that just 3% of small businesses are interested in taking on new debt.

Belasco said many businesses are nervous about borrowing, so they’re not buying equipment, a new truck fleet or financing new construction projects.

“Those are big investments, those are growth oriented,” he said. “If you don’t know what the demand is going to be for certain things going forward, are you going to take that risk?”

With interest rates near record lows, banks aren’t earning much from any lending they are doing.

Nate Tobik at CompleteBankData said some banks are being a little more picky about lending.

“There’s no pressing need that they have to lend right now,” Tobik said. “They could sit and wait and see what happens.”

In the meantime, banks that don’t have other big sources of revenue are likely to cut costs, Tobik said. That could mean closing branches or laying off staff.