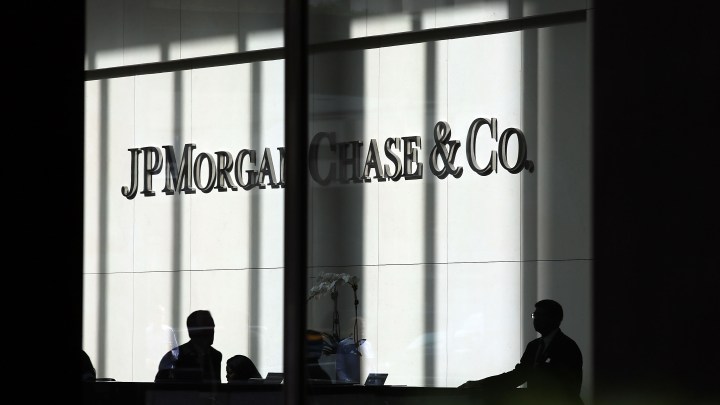 We got earnings reports for the last quarter of 2020 from some of the country’s big banks Friday.

Profits at JPMorgan Chase jumped by 42% compared with a year ago, before the pandemic. Wells Fargo, Citigroup and PNC Financial reported profits, too.

Banks have two big reasons to be upbeat about the economy, said Kent Belasco, who runs the commercial banking program at Marquette University.

“With the vaccine going on, with stimulus, it is an optimistic outlook at this stage,” he said.

JPMorgan Chase said between the coronavirus vaccines and the latest round of government relief payments, the bank can set aside less money to cover bad loans.

Gerard Cassidy at RBC Capital Markets said there’s still a risk that many borrowers will default.

But “the credit losses are not coming in at the levels that were expected,” he said. “Now banks are bringing some of that money back into earnings.”

The big reason profits are strong, however, is that banks are raking in fee revenue from underwriting initial public offerings, helping companies issue bonds and executing stock trades for their customers.

“If these trends continue, that will lead to some very strong numbers in investment banking and trading for not only the first quarter of 2021, but throughout the year,” Cassidy said.

“This is another example of the huge divide between how great the markets are doing and how poorly pretty much everybody else is doing,” she said.

This week, a group of economists with the American Bankers Association said economic growth isn’t expected to pick up until the second quarter at the earliest.