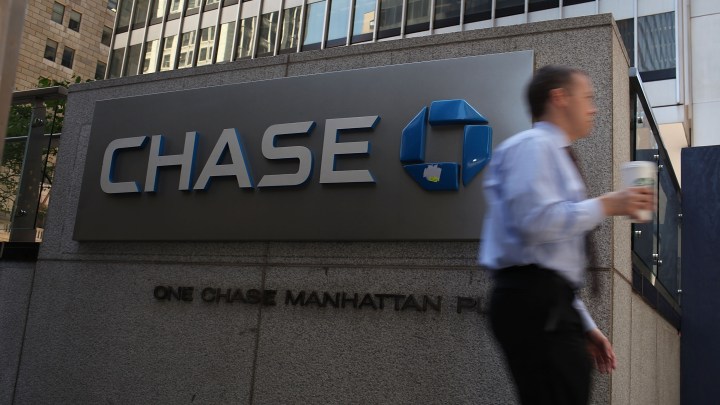 In general, banks in the U.S. have benefited from a booming economy. More people taking out more loans means banks pocket more interest.

But there’s another factor boosting banks in the U.S., especially compared with the rest of the world: regulation.

“The strength of the U.S. bank industry is about as good as it’s been in decades, and for that we say thank you regulators,” said Mike Mayo, a banking analyst at Wells Fargo.

Nancy Bush at NAB Research says as much as banks complained about regulations after the crisis, the U.S. came out of it in great shape relative to the rest of the world.

While European regulators imposed their own stress tests, Bush said they just weren’t as rigorous as the Federal Reserve’s.

“The joke was it was a stress test with no stress,” Bush said.

European Union auditors recently found that European stress tests may have been too easy.

Plus, many banks in Europe don’t have much capital in store, in case of a downturn. Several big European banks are scaling back — Deutsche Bank’s plan to shrink its investment banking division and lay off thousands of employees is the latest example.

It doesn’t help that Europe’s economy continues to cool down. Chris Zaccarelli at the Independent Advisor Alliance said American banks are exposed to these headwinds, through loans to European businesses and to some extent, European consumers.

Plus, low interest rates in Europe have made it harder for banks to earn interest income from their loans. Interest rates in the U.S. are headed lower as well, with the Federal Reserve poised to cut rates this year.

“All things being equal, if everything goes lower, it does make it more difficult for banks to make money,” Zaccarelli said.

Not to mention anyone with a savings account — with rates falling in the U.S., savers won’t be earning much interest anytime soon.