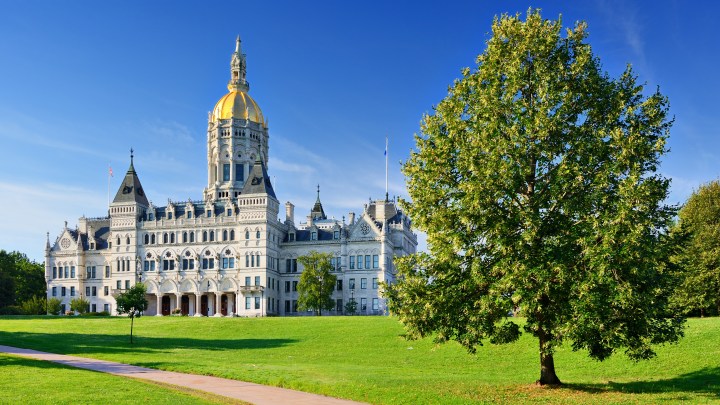 Starting July 1, a new law goes into effect in Connecticut that effectively limits what are often called “captive audience meetings.” Those are mandatory informational meetings held by an employer during working hours — usually in the context of a union-organizing campaign.

Connecticut’s law prohibits companies from requiring workers to attend these meetings, which have been considered legal under federal labor law. The state legislation comes as the Biden administration is also taking aim at the practice, which has gotten more common since the 1970s.

These meetings can take lots of forms, said Erica Smiley, a longtime union organizer who leads the organization Jobs with Justice. “They’ll call it ‘coaching,’ or it’ll be just like a ‘team-building presentation.'”

Generally, she said, those meetings will be about why the company doesn’t need a union. “You’ve got someone who’s basically saying, ‘Your job is on the line, you have to come to this meeting.’ That’s essentially a captive audience meeting.”

“I will say that is not the term we prefer to use, I think we would call them more, you know, ‘information sessions,'” said Jim Paretti, a management-side attorney with Littler Mendelson. “Any employer who’s facing an organizing campaign is going to want to explain their point of view. It’s our opportunity to say, ‘Hey, this is what having a union means and what it doesn’t.'”

But the messages don’t need to be explicit, he said. “Rightfully motivated by the necessity of continued employment, employees will not miss the threatening subtext of carefully crafted messages.

Recent union drives at big corporations like Starbucks, Apple and Amazon have brought this into the spotlight, said Ruth Milkman, a labor sociologist at CUNY.

“Because these are brand names that every American, and people outside the U.S. for that matter, are familiar with it, it’s all become extremely visible,” she said.

The Connecticut law is likely to face legal challenges, as other state laws have, because it conflicts with federal law.