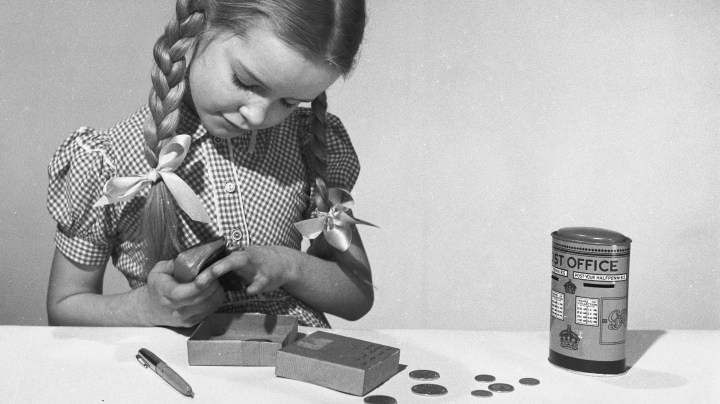 COPY
Internet culture reporter Rebecca Jennings says a growing cohort of camps, startups and media aim to prepare children for the future of the internet. What lessons are the kids learning? Chaloner Woods/Getty Images

Internet culture reporter Rebecca Jennings says a growing cohort of camps, startups and media aim to prepare children for the future of the internet. What lessons are the kids learning? Chaloner Woods/Getty Images
Listen Now

Cryptocurrencies — those new forms of money that are often built using blockchain technology — have infiltrated Super Bowl advertisements and iconic sports venues and captured the attention of government leaders around the globe. Now, crypto is coming for children.

Rebecca Jennings, a senior correspondent for Vox, wrote recently about the growing, “lightly controversial” new industry dedicated to teaching kids about cryptocurrencies, non-fungible tokens and Web3. The following is an edited transcript of her conversation with “Marketplace” host Reema Khrais.

Reema Khrais: So, crypto for kids. Can you tell me a little bit more about what we’re seeing?

Rebecca Jennings: What we’re seeing a lot of over the past couple of years, especially during the pandemic, is there’s this, like, network of summer camps, startups, video and book content just directed at teaching kids about crypto and Web3 and blockchain and all these really complicated concepts.

Khrais: Yeah, you wrote in your article, there’s this one camp, I think, [that] was in California, where they gave every kid a laptop, a drone, a robot, a [virtual reality] headset and a phone with a crypto wallet, and they get to keep it!

Jennings: Yeah, I was shocked when she told me that.

Khrais: Yeah, so what’s the pitch that these companies make to parents and investors?

Jennings: So I think, for Crypto Kids Camp — which targets kids from historically underrepresented people in tech fields, so it’s a lot of kids that live in poor neighborhoods — what they’re trying to do is decrease the wealth gap. The really volatile market has made a lot of people very rich, so I think they’re seeing that as an opportunity of, like, “Hey, can we get, like, people who don’t really have a shot at working for, you know, a traditional banking or tech background to learn some of those skills?”

Khrais: Yeah, yeah, that makes sense. I feel like there is a lot of crypto [fear of missing out] that’s happening right now. Like, if you’re not doing this right now, then you are missing out.

Khrais: And so, it makes sense why parents would want to give their kids a step up. But is there evidence that these programs actually prepare kids for the “future”?

Jennings: I mean, they haven’t been around long enough to really say for sure. I mean, I’m sure what they’re teaching kids is not something they’re probably getting in public schools or private schools or wherever they go. But I think it’s sort of like an attempt at making up for the fact that personal finance education in most school systems in the U.S. is just extremely poor. Kids are not taught how to deal with money in any real way, and so I think this is sort of billed as a counterweight to that.

Khrais: Yeah, I definitely wish I’d gotten some of the education in school. But you know, cryptocurrencies, it does feel different, right? Like, it’s unpredictable. It’s fast-moving. What are some of the critiques you’ve heard about these initiatives?

Jennings: Yeah, I mean, I talked to one psychologist who studies finances and families, and her concern is that, you know, this kind of way of looking at money and way of dealing with money rewards very high-risk investments, which is not necessarily the thing that you want to be teaching a kid or a teenager. She had one analogy where she was, like, you know, you can tell a kid that only one person out of 1,000 is going to really hit the jackpot. But a teenager is gonna be like, “Oh, I’m going to be the one. That’ll be me.” And so, her advice was to, you know, give kids, like, $5. Tell them to go ahead, go invest that. See what happens. Because they’re probably going to lose it.

Khrais: That’s interesting. Yeah. So some of these programs you wrote about, they are aimed at really young kids, like as, as young as 5 years old. But you write that a lot of teenagers, they have these crypto stars in their eyes and are already investing. What do you see as the possible societal implications of teenagers engaging in these potentially risky financial habits?

Jennings: I mean, I think the really big problem is that the stories that get told are the successes. We never see, you know, the full picture on how many people have lost everything. It’s a really, it’s a perspective that we really need right now that we’re not getting enough of.