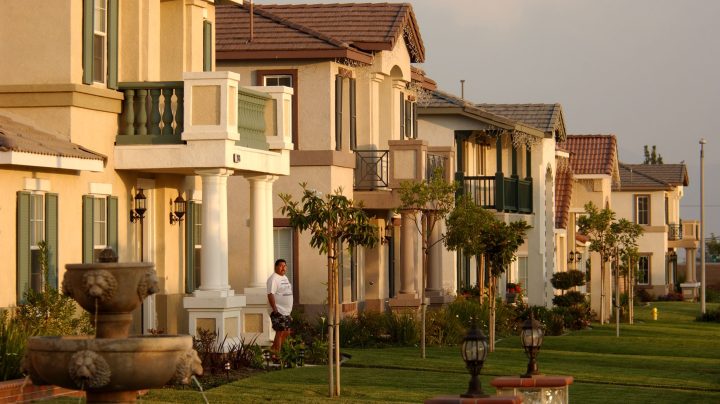 Demand for mortgages fell last week as the average interest rate on 30-year mortgages hit 4.9%, according to a weekly survey from the Mortgage Bankers Association.

That survey’s just one of many indicators that investors, economists and others track to keep up with the housing market. There are also existing home sales from the National Association of Realtors, housing starts and new home sales from the Census Bureau and a variety of other metrics.

But one of the biggest data releases on every housing correspondent’s calendar is the S&P CoreLogic Case-Shiller group of indexes. Last week’s monthly release told us that U.S. home prices were up 19.2% in January compared to the year before.

Yes, January was a while ago, but there are reasons that Case-Shiller is a marquee housing metric. “It is quite widely used,” said Selma Hepp, a deputy chief economist at CoreLogic, the analytics company that owns Case-Shiller. “And it speaks to its value.”

Case-Shiller’s key feature is “repeat sales.” Why is it important?

Most other home price indicators look at the mix of homes that sold in a given month, quarter or year. But Craig Lazzara, a managing director in the core production management group at S&P Dow Jones Indices — the company that publishes and distributes Case-Shiller indexes — said there’s a problem with that.

“If in one year, the houses that sell are typically relatively small two- or three-bedrooms and the next year predominantly they’re very large six- and seven-bedrooms with lots of land, obviously it’s going to look like prices went up when maybe all that happened was the mix of product changed,” Lazzara said.

Imagine a bunch of modest bungalows and cottages on the market one year, but lots of fancy homes with big yards changing ownership the next. Comparing the median price of homes sold one year to an entirely different group of homes could be misleading.

The Case-Shiller approach was developed in the 1980s by economists Karl Case and Robert Shiller. It controls for the variability in the quality and size of the homes sold from year to year by measuring the change between houses that sold in one period with the prices of the same houses when they last changed owners. “The repeat sales mechanism is a way of adjusting for the mix of product so that you really are getting an apples-to-apples comparison,” Lazzara said.

Case and Shiller eventually formed a company to commercialize their home price insights with a third partner, Allan Weiss. Its ownership has changed a few times. Today, CoreLogic collects and compiles the data while S&P DJI distributes Case-Shiller indexes.

They’re released on a two-month delay and calculated on the three-month rolling average. “This goes back just to when initially data was being collected — not electronically, just by person. It took longer to collect the data and it took longer to record the data,” Hepp said. The transaction data used in Case-Shiller indexes comes from county records offices that record deed transfers. “In smaller counties that don’t have a large employee base, it can take a while for the data to get inputted.”

Other, more timely home price metrics are available now (including some that also use repeat sales), but here’s another reason for Case-Shiller’s staying power: “It’s one of the oldest ones,” Hepp said.

Economists like to look at change over time, and Case-Shiller goes back to the late 1980s. So even though it’s not the most up-to-the-minute housing metric, it can tell pretty meaningful stories. For example, based on an inflation-adjusted Case-Shiller U.S. National Home Price Index, single-family homes cost 75% more today than they did in 1987, when the index started.