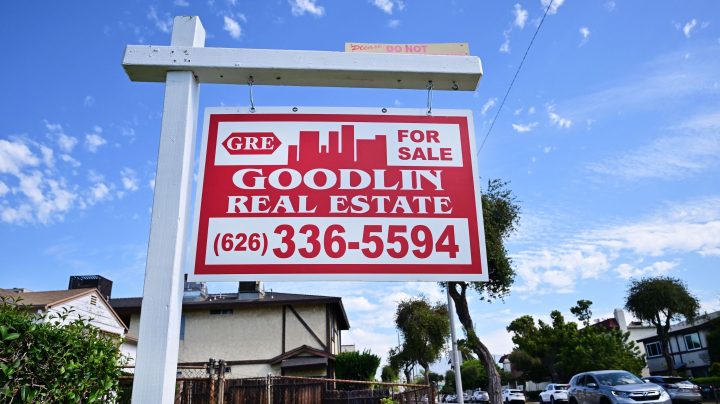 COPY
While prices are still high, home sales across the country have declined for six straight months. Frederic J. Brown/AFP via Getty Images

The Census Bureau released some not so great housing data Tuesday. At least, not so great if you’re a homebuilder or a real estate agent. New home sales — not existing homes, but homes with that freshly constructed new home smell — were down nearly 30% last month from the previous year.

A housing recession used to mean foreclosures and underwater mortgages and Ben Bernanke looking like he hadn’t slept in six months.

Sabrina Brown, a real estate agent in Fresno, California, has a similar definition.

Brown said rising mortgage interest rates have definitely slowed demand. She no longer gets 10 bids within 24 hours of listing a home, and, shockingly, prospective buyers actually want to see a house before they strike a deal.

“The home seller, they might say we’re in a recession because they know their neighbor sold six months ago and got $50,000 over,” she said. “And now when they put their house on the market, they’re getting appraised value.”

While prices are still high, nationally the number of homes sold has declined for six straight months. And permits to build single-family homes are down 6% year to date.

“When we refer to a housing recession, we’re talking about the economic activity declining that’s associated with the housing sector, that is primarily new home builds combined with home sales,” said Rob Dietz, an economist at the National Association of Home Builders.

But remember, housing is more than just single-family homes. Apartment construction is actually up from last year, and rents are still climbing.

“So for landlords, I would not think that they’re feeling much recession,” said Rob Warnock with Apartment List.

What could make home and rent prices drop faster?

Well, a big recession in the overall economy — big enough that we all agree it’s a recession.