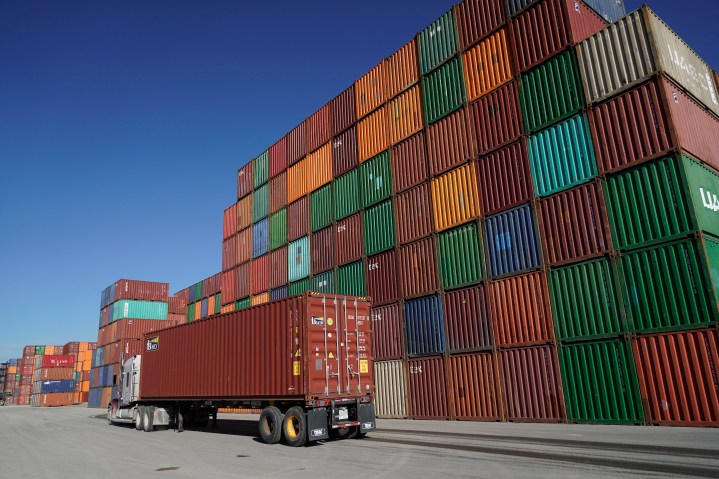 This story has been updated to reflect that the Federal Reserve has raised interest rates.

Listeners Elisa C. and Mark S. ask why the Fed has been planning to raise interest rates.

“I don’t see how raising interest rates will slow it down. Is there evidence the demand is fueled by borrowing?” Elisa asked.

And Mark wanted to know: “Many recent increases have been explained as higher raw material and labor prices. People buying less will not intuitively affect raw material or labor costs. In this inflationary period, how are interest rates supposed to bring prices down?”

The Federal Reserve raised interest rates by 0.25% at its meeting this week — the first time since 2018. Fed policymakers say they expect to act an additional six times this year to bring their benchmark rate to almost 2%.

Consumer prices rose 7.9% in February compared to the same time in 2021, according to data from the Bureau of Labor Statistics out Thursday. That’s the highest rate in 40 years.

Economists, like former Secretary of Labor Robert Reich, say corporations are using inflation as an opportunity to raise prices because they face little competition and have the market power to do so.

And on top of all that, the Russia-Ukraine war is causing gas prices to rise, which also had been occurring prior to Russia’s invasion. President Joe Biden said on March 8 he will ban all oil imports from Russia.

During inflationary periods, the Federal Reserve typically uses its interest rate lever to slow down the economy. It essentially makes borrowing money more expensive. Richard Barrington, a personal finance expert for MoneyRates, told Marketplace that while this is bad for borrowers, it’s good for savers, who earn more interest on their accounts.

Brian Bethune, an economics professor at Boston College, said that adjusting rates won’t be able to increase the number of workers, for example, or remove the constraints on critical resources, such as oil and gas.

“The Fed really doesn’t have any tools to deal with that,” Bethune said.

Carl Tannenbaum, the chief economist at Northern Trust, told Marketplace in December that combating the pandemic, on a global scale, may be the best way to get rising prices under control.

So what would raising interest rates do?

Bethune said low rates encourage borrowing. “You potentially risk the growth of debt by households and businesses,” he said. Higher rates would mitigate that risk.

U.S. household debt rose to $15.58 trillion in the fourth quarter of 2021, an increase of $1 trillion since the previous year. New York Federal Reserve researchers said that car buyers, for example, have borrowed more to pay for their vehicles as prices rose.

But while debt is rising, Bethune doesn’t think borrowing is currently “out of line.”

“It has picked up in the sense that once the economy started to recover and people started feeling more confident about the situation, then they started to borrow again,” he said.

Researchers from the New York Fed said that so far, borrowers appear to be handling increased debt well.

The other part of this equation is that the Fed also wants to encourage saving, Kuttner said, which is likely to be an effect of higher rates. Kuttner added that cheap loans and pandemic relief money have encouraged some people to spend instead.

As an example, Kuttner said that back in the fall, he wanted to buy a General Electric induction stove that had been in short supply. He decided to buy the stove with help from the government relief checks.

Faced with leaving their money in the bank — generating little interest — or taking the plunge and buying the stove they want, many people will find the latter option more appealing, Kuttner added.

He explained that a company like GE — with not enough stoves and too many people trying to buy them — then has the power to mark the appliances up even higher.

So ultimately, the Fed can’t directly fix supply chains. But it’s using the powers at its disposal to effect change where it can.

Higher rates would reduce demand for credit to fund purchases, and reduced demand would limit price increases. And in an ideal scenario, this more moderate demand would allow supply chains to catch up with producing enough to satisfy the needs of consumers and businesses.