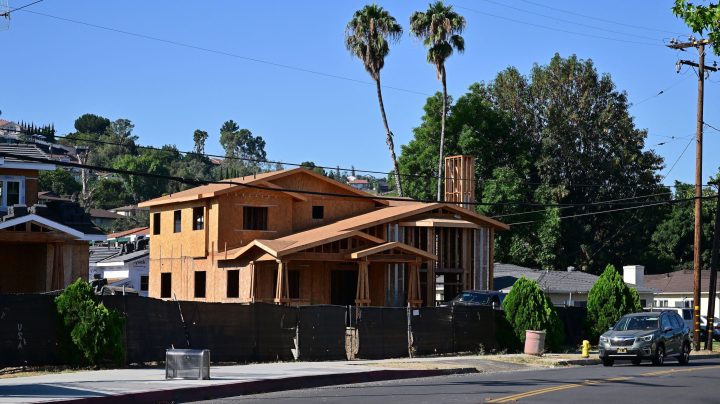 COPY
Rising interest rates are not only causing potential homebuyers to hold off on purchases, but increasing the cost of home construction. Frederic J. Brown/AFP via Getty Images

Rising interest rates are not only causing potential homebuyers to hold off on purchases, but increasing the cost of home construction. Frederic J. Brown/AFP via Getty Images
Listen Now

We’re going to pay a lot of attention to the Federal Reserve this week. The Fed’s leadership is meeting Tuesday and Wednesday, and they’re expected to raise interest rates by three-quarters of a percentage point.

That hike could, among other things, cause mortgages to get even more expensive.

Which brings us to homebuilder confidence numbers that came out Monday morning from the National Association of Home Builders. Sentiment fell in September for the ninth month in a row.

In part, that’s because rising rates are causing potential homebuyers to hold off. But higher rates are also increasing the cost of construction.

“It puts, you know, additional costs to the project that you just have to account for, just like if you have an uptick in lumber,” said John Kirk, managing director at Embrey Partners, a development company based in San Antonio that builds rental units.

But if the interest rate on that borrowing goes up, Kirk said he might think twice about a new project.

“It has to make sense economically,” he said. “And so you have to underwrite, you know, what you think the rents are going to be, what you’re going to build it for. And are we, as a developer, are you going to take on that risk?”

That’s why rising interest rates can cause homebuilder confidence to fall, said Susan Wachter, a real estate professor at the Wharton School.

“And with that, of course, construction will fall as well,” Wachter said. “And that’s going in fact to make the housing prices go up.”

Which is not exactly the goal of the Fed’s interest rate hikes, said Brian Lancaster, a professor at Columbia Business School.

“In some ways, the Fed, in trying to kill inflation, is shooting itself in the foot inflationwise, in terms of housing anyway,” he said.

A slowdown in construction would likely affect single-family homes, a sector in which construction costs are rising and prices are moderating, Lancaster said.

But multifamily and apartment construction projects might still go forward because rents are up.

“Landlords, or developers of multifamily, are raising rents, raising rents, because that’s their revenue,” Lancaster said. “And that’s helping to offset the inflationary costs of building and the higher costs of borrowing.”

Problem is, he said, higher rents mean more inflation. Then the Fed might consider raising rates even more. 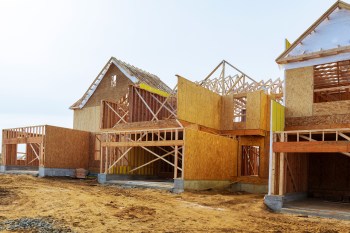 Rising mortgage rates and prices not raining on homebuilders’ parade 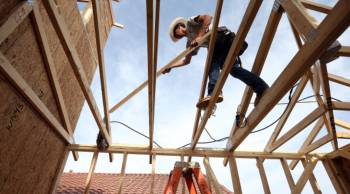