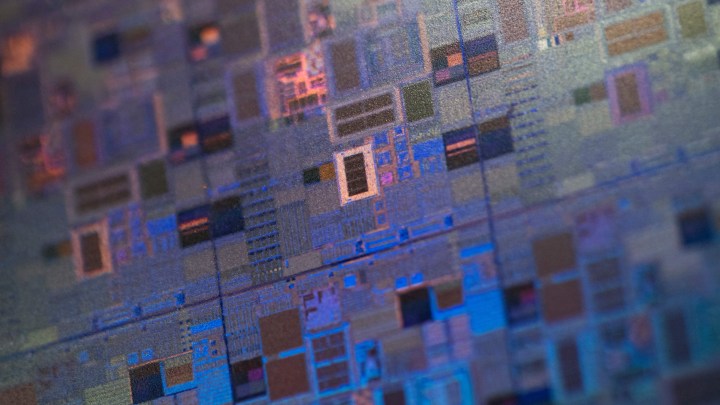 COPY
Sanctions on Russia have already hurt manufacturers there who rely on foreign tech, like computer chips shipped from the United States. Josep Lago/AFP via Getty Images

Sanctions on Russia have already hurt manufacturers there who rely on foreign tech, like computer chips shipped from the United States. Josep Lago/AFP via Getty Images
Listen Now

Russia’s extensive oil and gas exports give the country a lot of leverage on the world stage. But much of Russia’s commercial and military sectors relies on foreign parts, repairs and technological know-how. That’s a big vulnerability for Russia, now that the country is getting cut off from foreign technology.

Take Russia’s aviation sector, for example. Russia relies heavily on planes and aircraft parts made by Boeing and Airbus, which have halted shipments to Russian carriers.

“They can keep operating for two or three months, but at some point, they’re going to need new parts,” said Tim Frye, a political science professor at Columbia University.

And it’s not just aircraft hardware, he said.

“Even the booking and reservation systems are often integrated deeply into foreign companies and relies on foreign technology,” Frye said.

The same goes for the country’s manufacturing sector and its computer equipment. The U.S. ban on exports of semiconductors to Russia is already hurting Russian manufacturers, Frye added.

“LADA, which is the Russian version of GM — the largest automaker in the country — announced that it was going to shut down temporarily because it didn’t have the microprocessors it needed to produce its cars,” he said.

Moscow has been trying to reduce its dependence on imported technology, according to Julian Ringhof, a visiting fellow at the European Council on Foreign Relations.

“This is true for a lot of the higher-end technologies, where basically companies with good ties to the Kremlin get subsidies, which are meant to help Russia develop technological capabilities,” he said.

But that favoritism has made it harder for Russia to innovate and build up its high-tech expertise, Ringhof said.

“It generally doesn’t work out to pick winners at the beginning of an innovation process,” he said. “You actually need proper competition. And you don’t really see this in Russia as much.”

Russia could turn to China to help fill the gaps, said Samuel Bendett, an analyst at the research company CNA.

And if Russia decides to go it alone?

“The question is how long the switchover can take place. Will it take years? Will it take possibly decades? Is there even time?” Bendett said.

In the meantime, Bendett said Russia could access foreign technology by importing it through sellers on the black market.