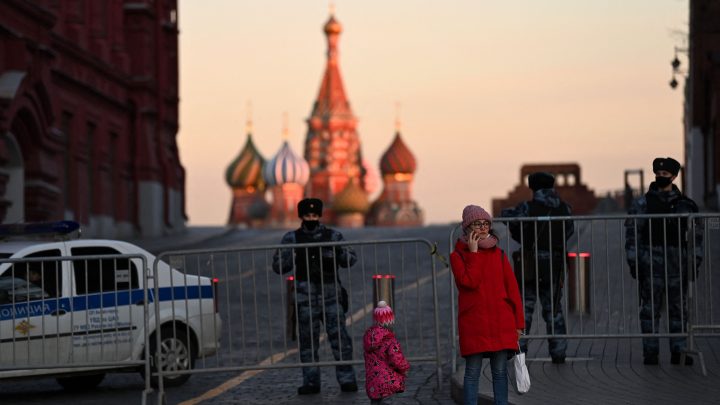 COPY
If Russia's oil and gas revenues in dollars and euros were shut down, it could lead to the country’s near-total isolation, something called “autarky.” Kirill Kudryavstev/AFP Getty Images

If Russia's oil and gas revenues in dollars and euros were shut down, it could lead to the country’s near-total isolation, something called “autarky.” Kirill Kudryavstev/AFP Getty Images
Listen Now

With the beginning of the third week of Russia’s invasion of Ukraine, coupled with an onslaught of unprecedented international sanctions against Russia, the country’s economy is not looking good. The Russian ruble continues to tank. The Russian stock market is still closed. Russian consumer confidence is low, and Russia’s international credit rating has been severely downgraded by Moody’s, Fitch and S&P Global as the risk of the government and major companies defaulting on their debts rises.

Meanwhile, U.S. and European leaders are entertaining the possibility of extending international sanctions to cover Russian energy exports, mainly oil and gas. Russian energy powers a lot of Europe. It’s also Russia’s last unsanctioned source of foreign currency. We could be heading toward a Russia truly cut off from the world economy, which is rarely seen in history.

Russia has the 11th biggest economy in the world —– or it did, until it was hit with massive financial and trading sanctions over the past couple weeks. And the sanctions are increasingly disrupting business and consumer life in Russia, cutting Russians off from necessities and luxuries alike.

“Technology imports — from your iPhones, computers, from your medical supplies — so to take that away from them, I think is almost impossible to think there wouldn’t be serious repercussions domestically,” said Josh Lipsky, director of the GeoEconomics Center at the Atlantic Council.

Russia’s oil and gas exports have not been blocked so far, but sanctions are cutting into them, according to Jay Hatfield at InfraCap investment advisers.

“The global transportation and trading companies have not been able to get financing for cargos, and that’s already restricted the flow of Russian oil,” Hatfield said.

According to Lipsky, if oil and gas revenues in dollars and euros were shut down, “it would be a significant blow to one of their last economic lifelines that is stabilizing the Russian economy.”

“There are elements of autarky that we are headed to, in terms of a closed system. The question is, is Russia prepared, is Putin prepared, to have that kind of system in place where the ruble and the rest of the economy is closed off?” Lipsky said.

“The ruble will still be printed. It will still be valued for their own internal market. If Russia wants to build its own pens and pencils and paper and so forth, well that’s fine, but it’s going to be very expensive for them to do that,” she said.

We’ve never seen it done in an economy as big and complicated as Russia’s.