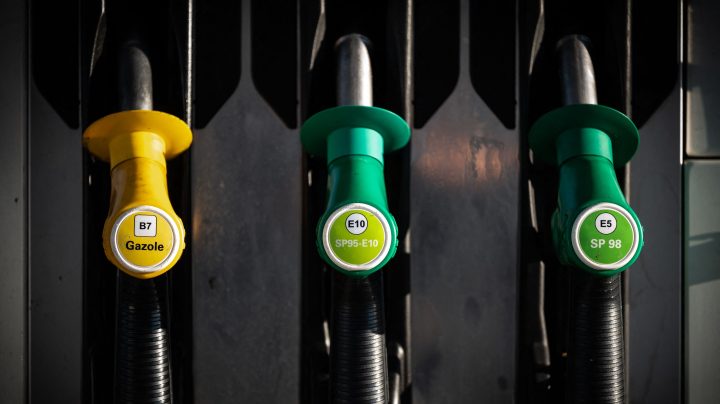 COPY
Europe and the U.S. are facing calls to terminate imports of Russian oil and natural gas. That would be harder for some countries than for others. Lionel Bonaventure/AFP via Getty Images

Europe and the U.S. are facing calls to terminate imports of Russian oil and natural gas. That would be harder for some countries than for others. Lionel Bonaventure/AFP via Getty Images
Listen Now

As Russia’s war in Ukraine intensifies, Europe and the United States are facing growing pressure to stop sending billions of dollars to Russia in the form of oil and natural gas purchases. The White House said Friday that it’s considering a ban on Russian oil imports. When asked about imposing sanctions on Russian oil and gas Friday, the European Union’s top diplomat, Josep Borrell, said, “Everything remains on the table.”

So far, many countries, including the U.S., have resisted an outright ban due to concerns about the impact on their own economies.

The European Union imports about 40% of its natural gas from Russia and 25% of its oil. According to economist Mamdouh Salameh, at the ESCP Business School in London, a full import ban is unlikely.

“They will be hurting themselves more than hurting Russia,” Salameh said.

But the level of dependence on Russia varies widely by country.

Andrew Kenningham, chief Europe economist for Capital Economics in London, said Russia provides virtually the entire gas supply for the Czech Republic, Latvia and Hungary, but less than 10% for France, Spain and Belgium.

The appetite for sanctions varies too. “The really big question is about Germany because you know that Germany’s the leading power in Europe anyway. It’s nearer to the problems, and it is pretty heavily dependent on Russian energy,” Kenningham said.

This week, officials in Germany, which gets around a third of its oil and natural gas from Russia, said they oppose an import ban. But a survey from public broadcaster ARD found that the majority of Germans support energy sanctions even if they have to pay more.

Aaron Praktiknjo is president of the German Association for Energy Economics. He said not everyone has the luxury of paying more.

“We see with soaring energy prices that actually, the lower-income households have more and more difficulties covering their energy bills,” which have doubled in the last month, Praktiknjo said.

In contrast, the United States is far less reliant on Russia, importing less than 4% of its oil from the country and no natural gas. Continuing those imports is getting harder to justify as the conflict escalates and the humanitarian crisis grows more dire, according to Helima Croft, the global head of commodity strategy at RBC Capital Markets.

“I think the question is going to be, is there some price that we need to pay in the United States in defense of the principle that you cannot invade a sovereign nation and totally rip up the security architecture in Europe that has prevailed since the Cold War?” Croft said.

Clarification (March 7, 2022): This story has been updated to reflect the speed at which energy bills have risen in Germany.