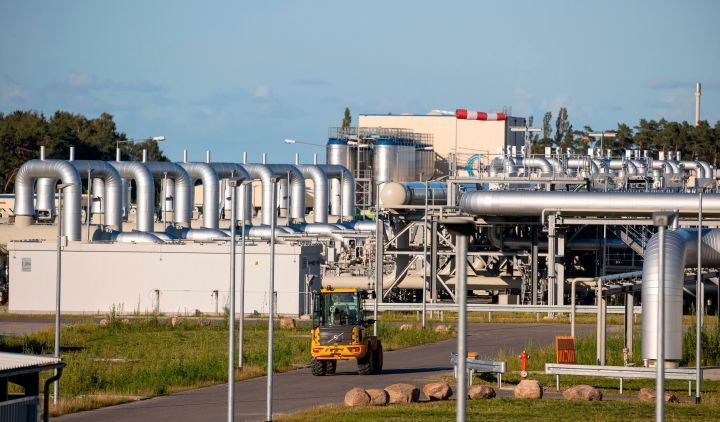 This week, the G-7 nations rejected a demand from Russian President Vladimir Putin that they pay for Russian natural gas in the country’s own currency, the ruble. Europe relies on Russian natural gas exports, and European countries have traditionally paid for gas in euros.

Up until Russia invaded Ukraine it was happy to receive euros as payment for natural gas.

“This was a very useful way for getting foreign currency for buying all the things from the international market that it needed,” said Jonathan Stern, professor at the Oxford Institute for Energy Studies.

That’s because it gave Russia the option to use its euros to buy rubles “to drive up the value of the ruble in a crisis, which is what they’re facing now,” said Mallaby.

The ruble’s value tanked at the outset of Russia’s invasion, but sanctions have prevented Russia from selling off its euros.

Mallaby said that’s why Putin is retaliating by demanding rubles in exchange for Russian natural gas.

“Putin gets to make the customers of the gas, switch from the euro into the ruble first, then pay Russia in rubles, and in that initial switch, they will be propping up the ruble, which is what Putin would like to do but can’t,” he said.

The ruble’s value has been recovering.

Brendan McKenna, an economist with Wells Fargo, said in part, that’s because Putin has restricted the amount of rubles that can leave the country.

“And then you kind of add one more policy in place that’s really centered around the lifeblood of Russia’s economy, the energy sector, I really just think that’s investors turning more positive on the future path for the ruble, and driving the ruble recovery,” he said.

European nations don’t want to prop up the ruble because keeping it weak puts pressure on the Russian economy. But Europe still relies on Russian natural gas for heat and electricity.

Jason Bordoff, director of the Columbia Center on Global Energy Policy, said that gives Russia a lot of leverage.

“Either Europe pays in rubles in order to keep the lights on and the heat on, or Russia may get the excuse it could potentially be looking for to cut off energy supplies to Europe in a worst-case scenario,” he said.

On the other hand, Bordoff said that wouldn’t be great for Russia, either, since cutting off energy supplies to Europe would cut off one supply of revenue to Russia.