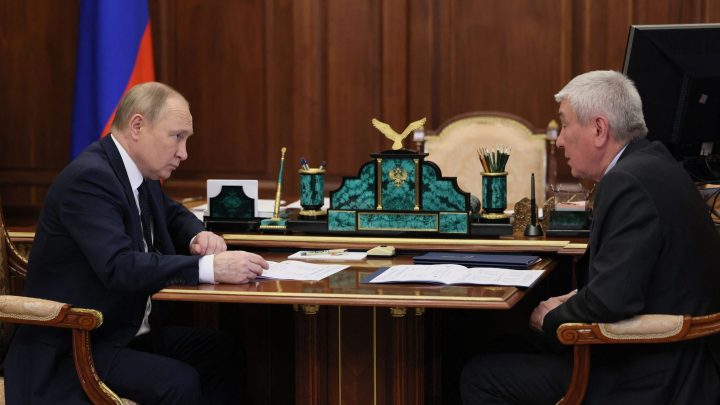 It’s been four months since Russian troops invaded Ukraine. Since then, Western countries have targeted Russian banks and businesses with sanctions, cut off Russia’s access to its foreign reserves and essentially unplugged the country from the global financial system.

The point is to apply intense economic pressure so that Russia would be motivated to end its war. That, obviously, has not happened.

“They wanted to limit Russia’s ability to fund its military over the medium term and limit its ability to acquire components for defense production,” he said.

By those measures, he said, the sanctions are having an impact.

“The collapse in Russia’s imports is beginning to be felt,” Miller said.

Those imports are down by about half, according to Miller, leading to product shortages for ordinary Russians and slowdowns in manufacturing.

“Russian firms are struggling to source some of the components that they need for production,” Miller said. “And this is just going to accelerate.”

That includes production of weapons and military technology.

Then there’s the news that Russia has defaulted on its foreign debt. Elina Ribakova, deputy chief economist at the Institute of International Finance, said this milestone is mainly symbolic, in part because Russia doesn’t have a lot of foreign debt.

Russia has plenty of cash from its oil and natural gas sales to pay these debts, but we won’t let that happen. Western countries have blocked Russia from using international payment networks.

“It’s not a significant macroeconomic event by itself,” Ribakova said. “What is significant is Russia’s becoming a pariah state.”

G-7 countries are considering a price cap on Russian oil and planning to ban imports of Russian gold, which would reinforce this pariah status, said Tim Ash at BlueBay Asset Management in London.

“You know the West will diversify aggressively away from Russian energy and commodities,” Ash said.

Much of that diversification will be permanent, said Ash, with less investment, weaker growth and fewer jobs.

“I would think stagnation and decline is probably the outlook for Russia,” he said.

Ash said sanctions aren’t likely to bring an end to the war anytime soon. But the damage to Russia’s economy could be long-lasting.