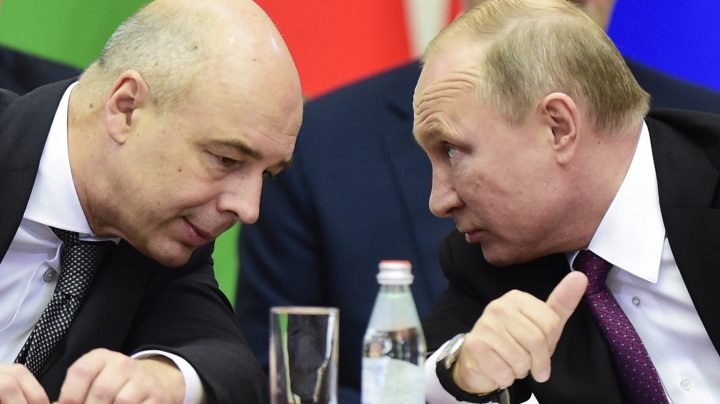 The financial stakes involved in Russia’s war in Ukraine got even higher Monday. Russia’s finance minister, Anton Siluanov, said the country will take legal action if the West tries to force it into defaulting on its foreign debt.

This comes after Standard & Poor’s said Russia has slipped into a “selective default,” a term used when a country defaults on a specific payment but not its entire debt.

Unlike most countries that default on debt, Russia has the money. In fact, it has plenty coming in, given that European Union sanctions don’t touch its lucrative oil and natural gas exports, according to Chris Miller at Tufts University’s Fletcher School.

“Russia’s budget is balanced. It’s got very little government debt, but is unable to repay due to restrictions that foreign governments have put in place,” Miller said.

That inability to pay can make borrowing money, even from those willing to lend to Russia, a lot more expensive.

As most investors flee, Miller said, “that creates, potentially, what some investors see to be a buying opportunity.”

What kind of investor might be drawn to Russia right now?

He said a strategy those investors might be considering is buying Russian debt now, when it’s cheap, and later seizing Russian assets if necessary.

“Get them sold off and get the cash raised from those assets to pay bondholders, essentially,” he said.

Still, one reason even the world’s most litigious vulture investors might balk is the risk to their reputations, said Georgetown law professor Anna Gelpern.

“Remember, a lot of people have already sort of edged out of this space because of sanctions. Of course, the people who stay could get a fabulous reward,” she said.