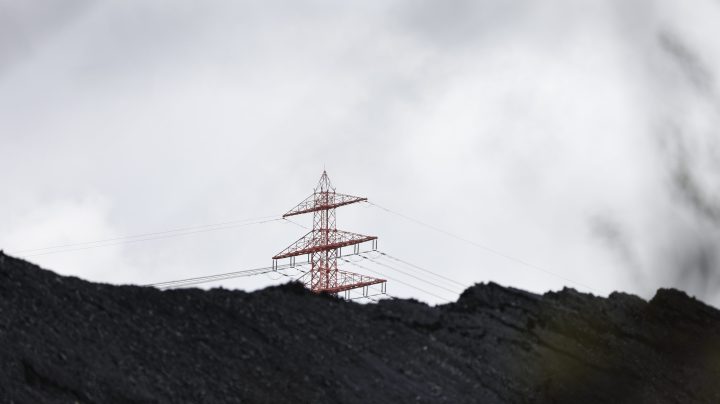 The European Union adopted new sanctions against Russia on Friday. They include banning coal imports, making this the first time European sanctions have targeted Russian energy.

The sanctions are a response to reports of atrocities committed by Russian forces in Bucha and other parts of Ukraine. Europe imports plenty of Russian coal, but is far more dependent on oil and natural gas, and with prices skyrocketing since the war, the Russian government has benefitted.

High oil and gas prices since Russia’s invasion of Ukraine have helped it fund its war, according to Ian Johnson, a senior fellow at the Council on Foreign Relations.

“It is an irony of the situation that the very turmoil that this caused has led to Russia benefiting from it by having higher oil prices,” Johnson said.

The EU has purchased about 35 billion euros’ worth, or $38 billion, of energy from Russia since the invasion.

“Of course, what you can do with dollars and euros is limited to some extent by now due to the sanctions as well,” Pittel said.

But while cut off from much of the Western financial system, the revenue Russia gets from oil and gas sales to Europe is usable within Russia, said Julia Friedlander of the Atlantic Council.

“They can use it to prop up their economy, to stave off a liquidity crisis within Russian banks, and they can use it for any budgetary needs they might have,” she said.

Moscow is pushing to get paid in rubles to prop up the value of its currency and looking for any leverage it can get to make that happen.

Moritz Kuhn, an economics professor at the University of Bonn, said if Europe does pursue sanctions on oil and gas, it had better to do it now rather than wait until the runup to next winter.

“It’s a much worse bargaining position, because then we are really depending on the gas if we didn’t take any actions now,” Kuhn said. That would put Europe at the mercy of Putin once cold weather comes around again.