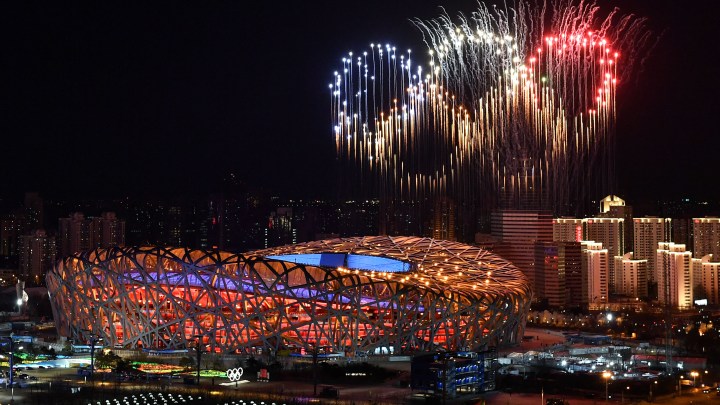 The Winter Olympics are officially underway in Beijing.

U.S. athletes are competing, though no U.S. officials are going to the Games. President Joe Biden’s administration is conducting a diplomatic boycott over what it called genocide and crimes against humanity and other human rights abuses in China.

Human rights groups and members of Congress have also put pressure on companies that sponsor the Games to pull out or speak up.

But the pressure on companies sponsoring this year’s Olympics seems to have had no effect.

Many companies are saying, “Look, this is an arrangement that oftentimes we’ve entered into well ahead of the choice of a host nation. Our sponsorship is connected to the Olympics as an institution,” Chatterjee added.

But companies may also be afraid to risk angering China and potentially losing out on a huge market.

“American corporations know that the Olympics will pass and that we’ll move on to other issues, so they are mostly remaining mute,” said the Wilson Center’s Robert Daly.

That approach worked in 2008 — when China hosted the Summer Olympics — and he recalled there was similar pressure on sponsors.

“However, in the longer term, they will continue to have an issue,” Daly said.

Because, increasingly, consumers and investors are paying attention to companies’ values, he said — and factoring them in when deciding where to spend.