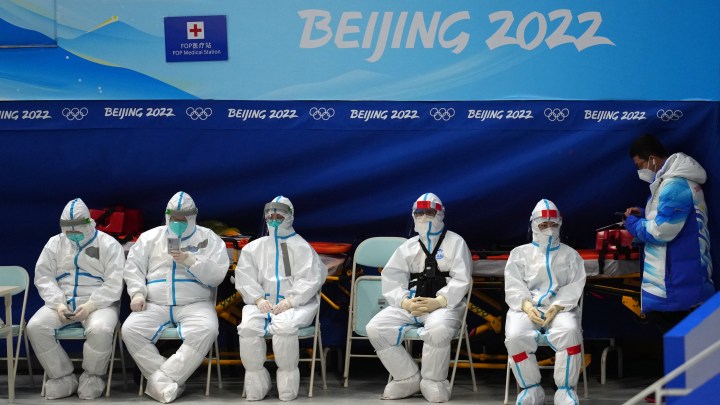 COPY
COVID-19 means Chinas is missing out on hundreds of millions of dollars from ticket sales. Above, medical staff wear personal protective clothing work at an Olympic Stadium on Feb. 3. Carl Court/Getty Images

The winter Olympics officially kick off on Friday, with the opening ceremony in Beijing.

This is the second Olympics to take place during COVID and, as was the case in Japan last summer, China decided not to sell any tickets to the games.

Even in non-pandemic times, hosting the Olympics was not exactly a money-maker.

“Overall when we’re talking about economic impact, we have found that there is no positive effect of hosting the Olympic Games,” said Nola Agha, a professor of sport management at the University of San Francisco.

Even when people can travel to the Olympics and buy tickets for events, “we actually find that this influx of tourists that we expect doesn’t make up for the decrease in local economic activity,” Agha added.

So how much does it matter, then, for China to not get any Olympic tourism this time around?

“What they lose from not having spectators and not having tourists is probably about $500 million to $600 million in ticket sales, and another maybe $100 million of hotel bills and restaurant expenditures,” said Andrew Zimbalist, a professor of economics at Smith College.

Considering China is spending billions to host the Olympics, it’s not that significant a loss. What’s more significant, economically, Zimbalist said, is the fact that the government has slowed or stopped production at a number of factories to reduce pollution during the games.

“That’s hurting employment and hurting income and hurting the Chinese economy,” he said. “And it’s also hurting the world economy, because it’s exacerbating the supply chain problems that have arisen in large part because of COVID.”

But for China, hosting the Olympics isn’t about money, according to the Wilson Center’s Robert Daly.

“China is doing this for reasons of glory — internationally, but mostly domestically,” he said.

In some ways, he said that all the pandemic restrictions actually work to the government’s advantage.

“China, right now, wants to give the impression that it is orderly, that it is safe, that it is well-governed,” Daly said. “And the less that is actually going on, the fewer foreigners there are in China, the better for that.”

Even if it does cost more.