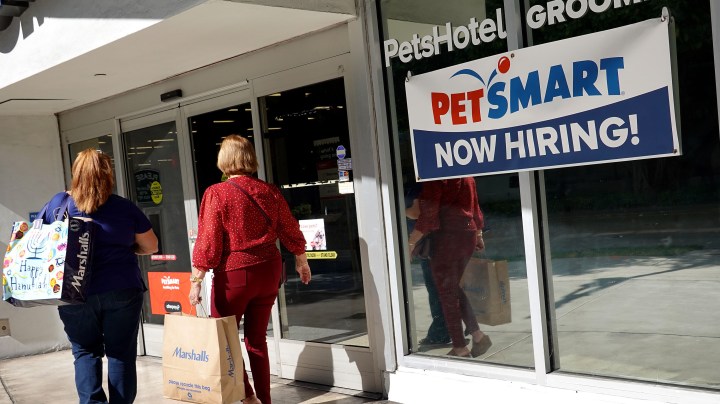 COPY
Fewer jobs than expected were added to December payrolls. That can be partly explained by the difficulty in hiring workers these days. Joe Raedle via Getty Images

Fewer jobs than expected were added to December payrolls. That can be partly explained by the difficulty in hiring workers these days. Joe Raedle via Getty Images
Listen Now

The Labor Department’s December jobs report, out Friday, comes with a red flag from the Marketplace Desk of Cognitive Dissonance:

On the one hand, the headline number — jobs added to nonfarm payrolls — was just 199,000. That’s less than half of what economists expected and less than November’s revised number of about 250,000 jobs.

There were pretty tepid increases in key sectors that have been hit hard in the pandemic, like the leisure and hospitality industry. Retail employment even fell a smidge.

But on the other hand, the unemployment rate has fallen again — by 0.3% — to 3.9%, which is close to as low as it got before the pandemic. And that’s with about 170,000 people entering the workforce. So what gives?

It’s a tale of two different employment surveys that are combined together to form the monthly jobs report.

“The survey that gets maybe the most attention is the total number of jobs added — and that is from the establishment survey,” said Heidi Shierholz, president of the Economic Policy Institute and chief economist at the Labor Department from 2014 to 2017. “Businesses are asked, ‘How many people do you have on payroll?’ So that’s how we get this count of the total number of jobs in the economy.”

But that can’t tell us how many people don’t have jobs. For that, there’s a separate survey.

“The household survey — where survey takers ask people, ‘Are you working, are you looking for work?’ And it’s from that survey that we get the unemployment rate,” Shierholz said.

In December, employers said they added 200,000 payroll jobs. But about 650,000 more people reported that they were working — and that helped push the unemployment rate down.

Now, these surveys do diverge sometimes; there can be a faulty seasonal adjustment or bad response rates. There is also a difference in how the surveys define “employment.”

The establishment survey basically just counts people who get a paycheck for working for an employer. But the household survey also includes “people who are in agriculture, who are working in an unincorporated self-employment situation, workers in private households, such as nannies or housekeepers working under the table,” according to Bill Rodgers, director of the Institute for Economic Equity at the Federal Reserve Bank of St. Louis.

“Individuals who are self-employed or have some spots in the gig economy, people, you know, working a little bit on the side — I think that’s a positive for the economy,” he said.

The slow pace at which employers are adding jobs right now might just indicate how hard it is to find and hire workers, Fratantoni said, rather than weakness in the economy.