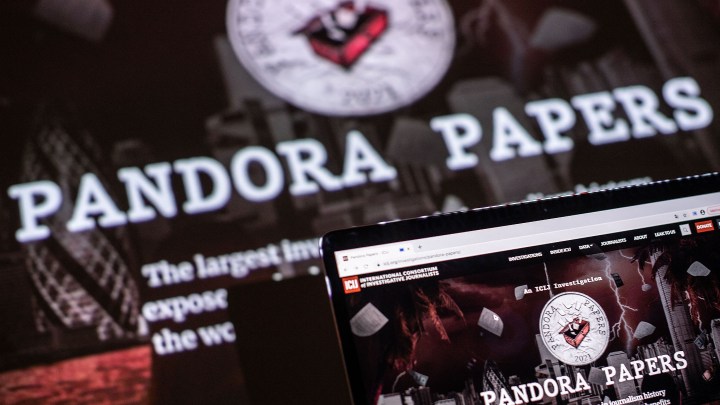 Over the weekend, several media organizations, including The Washington Post, published details from a series of leaked documents called the Pandora Papers.

The papers, leaked to the International Consortium of Investigative Journalists, allege a new network of offshore accounts benefit some of the world’s most powerful and wealthy citizens involving billions of dollars.

“Marketplace Morning Report” host Kimberly Adams spoke with one of the journalists who worked on the project, Debbie Cenziper of The Washington Post, and the following is an edited transcript of their conversation.

Kimberly Adams: Can you give us a sense of the scale when it comes to all of these hidden assets?

Debbie Cenziper: What this investigation uncovered is 29,000 accounts for people all over the world, including more than 300 public officials in 90 countries. More than 100 of the world’s billionaires are in this cache of documents. And, we’ve also found, and will be reporting shortly, today, in The Washington Post, a number of people from outside the United States who have moved their assets here to the United States. And they did it while they faced very credible accusations of wrongdoing, corruption, human rights and labor abuses, and those sorts of things. So really, as a reporter, it’s really been an eye-opener.

Adams: You know, it’s interesting, we don’t often think about the United States as the place where people hide their money offshore. It’s usually the other way around.

Cenziper: What the Pandora Papers did is really shine a light on that. I mean, there is no more offshore. It is onshore. And what we’ll be reporting today is that states that you would least expect to see this happening, places that are not known financial centers, are actually harboring assets of many, many people. States like South Dakota, for example, in the heartland of U.S., Alaska, Nevada, New Hampshire have really become global destinations for foreign wealth.

Adams: And what does that mean for American citizens?

Cenziper: It’s not illegal, right, to move money offshore, to manage wealth by moving money offshore into, for example, a trust in the United States. That’s OK. The problem is when you do it to evade taxes, or when you do it to shelter criminal proceeds, or to hide your money from creditors. If you’re hiding your wealth from tax authorities, that hurts your community. If you’re hiding your wealth from children who need child support, or ex-spouses who need the support, or creditors with legitimate claims, that is not a victimless transaction. And so we’ll be writing about some of those transactions in the stories that we have coming up today.