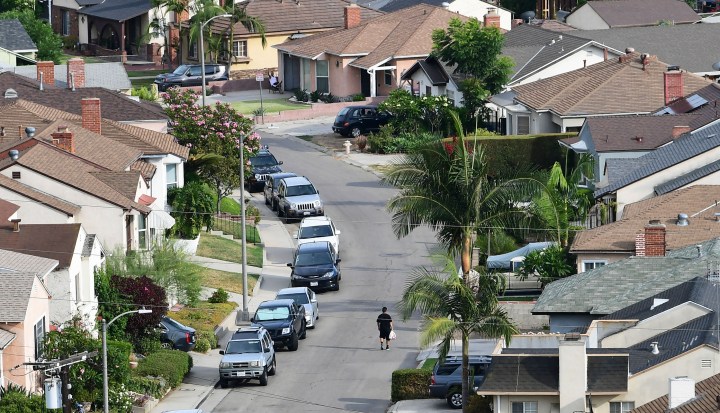 As housing prices skyrocket to record highs, some observers point to the tech-driven ibuying process as a contributor to housing market madness.

In a recent viral TikTok video, real estate agent Sean Gotcher said that a billion-dollar real estate company, with a website that “everybody” visits, is harnessing user data to figure out where it can profitably buy houses.

Gotcher said that this company — heavily alluding to Zillow — might then, hypothetically, buy 30 homes for $300,000 each but purchase its 31st home for $340,000. Gotcher said this creates “a new comp,” which gives appraisers a reference point for the value of a home in the area.

In theory, the value of comparable homes in the area would rise to $340,000. Said company would then be able to sell those 30 homes at that higher price, netting a $1.2 million profit, according to Gotcher.

Tech-enabled companies like Zillow have the capability to quickly snap up houses via ibuying, which has gained traction in recent years.

Homeowners disclose information about their property to an ibuyer, which prompts an algorithm to estimate the value of the home, generating an offer in 24 hours or less.

What you’re paying for is the convenience. Homeowners pay these ibuyers a fee that’s usually higher than your standard real-estate company bill and are typically unable to negotiate the offers they receive.

Ibuyers cost home sellers about 13% to 15% of the home’s sale price, while an agent costs 5% to 7%, according to a 2019 research report from the real estate data firm Collateral Analytics.

Zillow is among the industry’s biggest ibuyers, but so are Opendoor, Offerpad and Redfin.

The practice is clustered in some of the country’s biggest markets, like Phoenix; Charlotte, North Carolina; and Atlanta, said Mike DelPrete, a scholar-in-residence at the Leeds School of Business at the University of Colorado Boulder.

A “hot scramble” to buy

According to Zillow, ibuyers constituted 1% of U.S. home purchases in the second quarter of 2021.

That share is just too small to exert an effect on the vast majority of the American housing market, according to Anthony Orlando, a real estate professor at California State Polytechnic University, Pomona.

“And if it’s possible that it’s happening in some neighborhoods, we don’t have any concrete evidence of it,” he added.

Plus, if the strategy discussed in the Gotcher video were accurate, you would expect to see housing prices increase in a lot of the markets where ibuyers operate. But prices are rising everywhere, DelPrete pointed out.

DelPrete said that ibuyers are paying above-market prices and they’re able to resell those homes for more than in the past. He found that the median price appreciation for ibuyer transactions in 2021 is 8.1% — up from 4.7% in 2020. However, he’s said, there’s no conspiracy to push prices up. But they don’t need a conspiracy.

People are willing to pay more because “there’s a hot scramble” to buy in certain markets, DelPrete noted, saying that’s why Zestimates, Zillow’s term for its property-value gauge, are not “the be-all, end-all value of a home.”

“It simply has to do with supply and demand,” he explained.

Zillow responded to the assertions in the video, telling Yahoo Finance: “We pay market value for every home we purchase.”

Redfin CEO Glenn Kelman also responded to the video on Twitter, stating that the company would “never intentionally underpay or overpay for a home.” But he said there is a “conspiracy” among ibuyers. “It’s to pay lower commissions to the brokers representing the buyers of the homes we sell, by about [0.6%] so far,” he tweeted.

The practice of ibuying has also raised concerns about companies’ listing practices. DelPrete said the video does a good job of “illustrating there’s two sides to every coin” and “the potential downside to having a for-profit corporation involved as a middleman.”

He pointed out that Opendoor purchased hundreds of homes late last year but withheld listings for new homes between early November and early December.

“They decided to kind of warehouse them,” he said. “If they warehoused them, then they would be able to sell them for more money a little bit later on and also have those sales hit in its first quarter as a publicly listed company.” (Opendoor went public on Dec. 21.)

DelPrete said the withholding came at a time when people were trying to find homes, with few available.

Amid this ibuying hubbub, Orlando said the real, underlying problem with our housing market is a lack of supply. The U.S. is short about 6.8 million units, according to a June report from the National Association of Realtors.

“There are so few alternatives out there that people are willing to pay high prices. It’s easy to blame [ibuyers],” Orlando said. “But they’re just capitalizing on a problem that we, as a society, created by not providing enough housing units.”

The COVID-19 crisis — which enabled many people to work remotely — spurred throngs of Americans to move out to the suburbs.

Ibuyers, Orlando explained, are “jumping into these markets because they see prices appreciating. Right now, they’re not causing the appreciation.”

Orlando said another problem lurking, and the reason the video gained traction and caused so much worry, is that it highlighted how tech companies are collecting personal information from their users.

At one point in the video, Gotcher says: “They just know what ZIP code is looking at what ZIP code and how much those people can afford.”

Whether or not the market is being manipulated, Orlando said, these firms still have plenty of data on their users.

“As technology becomes more sophisticated, companies in all industries will come up with increasingly clever ways to use our data in ways that don’t always help us,” he said.