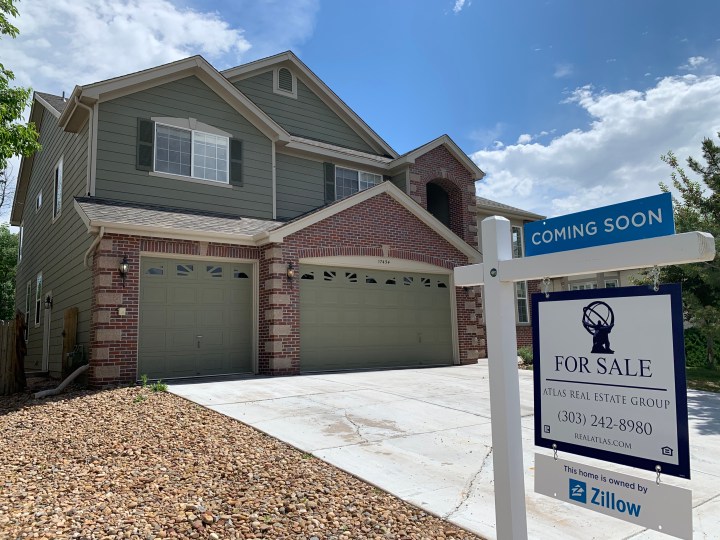 Aaron and Audie Woods were in a hurry to get to Colorado. They were moving with several other families from Texas to start a new church and had already found a house they wanted to buy in Parker, outside Denver. But first they had to sell their house in Houston.

“One of my friends at our church mentioned Opendoor as an option, and I had never heard of it,” Aaron said.

Opendoor is one of a growing number of real estate investors known as iBuyers. The “i” stands for “instant,” because they make instant cash offers on houses, based partly on computer algorithms. If the seller accepts, sales can close in a matter of days. The buyer then turns around and sells the house to someone else, typically within 90 days.

Aaron, 37, decided to give it a try, but he thought Opendoor’s offer was too low. So he went to a competing firm called Offerpad, which offered $220,000. The Woods knew they could probably sell the house — the traditional way — for $235,000, but that would mean listing it and showing it several times a week and hoping for a better deal. They accepted Offerpad’s offer.

“We had to close on our house here in Denver within a month, so it was nice to have that piece of mind that it was sold,” said Audie, also 37.

IBuyers have been around for about five years, and their numbers are growing. Traditional brokers, like Keller Williams, are getting into the business, along with startups like Knock and Perch. But they’re still only operating in few dozen cities, like Atlanta, Las Vegas, Orlando and Phoenix, where the market is active and houses are fairly similar and easy to value. IBuyers bought and sold just 25,000 houses last year, said Mike DelPrete, a real estate tech strategist and scholar-in-residence at the University of Colorado Boulder.

DelPrete expects more sellers will go for instant offers, as iBuyers expand to more markets and word gets out. Initially he assumed demand would come from people like the Woods family, who were in a hurry to sell.

“But from what I’ve seen, it really is quite a cross section of folks,” he said. “I’ve heard that pet owners are big customers, you know, because they don’t want to have to worry about cleaning the carpets or replacing the carpets,” DelPrete said. Also people with kids, because “it’s kind of a pain to get them out of the house every time you have to do a showing.”

Others just don’t want the hassle. Renee Williams, 57, also lives in Parker, where she serves on the town council. She recently sold her 19-year-old home to Zillow. The original roof needed to be replaced, as did the carpeting. The kitchen, with its white appliances and tile counters, was dated. People buying a $600,000 house expect stainless steel and granite, she said.

“Quite frankly, I didn’t want to do those upgrades in a home that I wasn’t going to live in,” she said, “especially when those aren’t upgrades that I would choose for myself.”

Zillow offered about $570,000 for the four-bedroom house, then took off $27,000 for repairs. Williams also had to pay a service fee, which she figured was about $10,000 more than she would have paid a broker to sell the traditional way.

Now Zillow has to worry about all that. On a recent afternoon, a carpet cleaning van was parked in the driveway of Williams’ old house. A sign out front said, “Coming soon.” The house is listed for $570,900, about $21,000 more than Williams got for it.

IBuyers typically sell homes for 3% to 5% more than they pay for them, according to DelPrete. But flipping houses for a profit is only part of the business model. “Zillow’s only buying 2.5% of the houses that it gets an offer request for,” he said. “So that other 98% — those are people that are pretty interested in selling their house.” Those are lucrative leads that Zillow and other investors can sell to real estate agents.

Meanwhile, the Woods’ old house in Houston is under contract for about $12,000 more than they got from Offerpad.

“But it was on the market for a few months, and we couldn’t wait that long,” Aaron said. Plus, even with the discount, they’d owned the house long enough to make a pretty good profit.