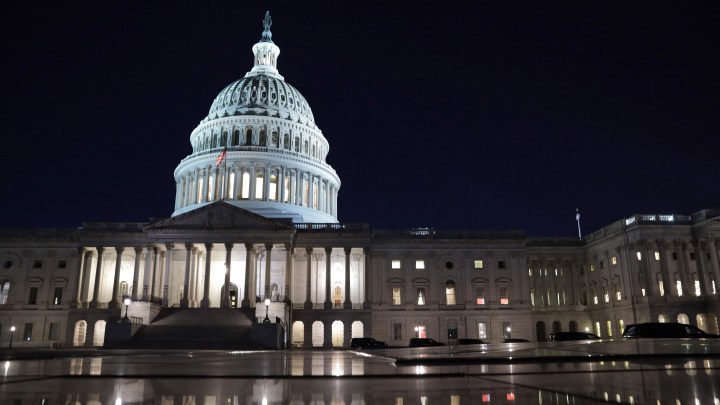 COPY
Pandemic relief helped more Americans stay out of poverty in 2020, but future poverty rates depend on what happens with the pandemic economy. Alex Wong via Getty Images

Pandemic relief helped more Americans stay out of poverty in 2020, but future poverty rates depend on what happens with the pandemic economy. Alex Wong via Getty Images
Listen Now

The U.S. Census Bureau released some much-anticipated numbers on Tuesday morning: poverty rates in the year of economic chaos that was 2020.

There’s the official poverty rate, which went up slightly to 11.4%. But the bigger story is the supplemental poverty rate, according to those who say the numbers give a more accurate picture. That went down to 9.1%, a big drop from the previous year and the lowest since the census started taking the measurement in 2009.

This is the first time the supplemental poverty measure, or SPM, was lower than the official rate.

“So, the official poverty measure basically only captures what we call market income. So it’s like earned income, and then any income households get from things like Social Security,” said Angela Rachidi, a senior fellow at the American Enterprise Institute. “But what it doesn’t capture is the government benefits are going to go to households to address those economic disruptions.’

Many Americans got a lot of new support during the economic disruption of 2020. The supplemental rate does look at those benefits, and that number “shows that we actually did a good job in keeping people out of poverty, even though the money incomes were falling,” said Tim Smeeding, who teaches public affairs and economics at the University of Wisconsin-Madison.

So, the grand experiment of basically throwing cash at people as a backstop during the pandemic seems to have worked, said Alejandra Montoya-Boyer, director of policy at nonprofit Prosperity Now.

“But there is a little wrinkle in recognizing that this data still doesn’t show us what’s going on when we look at numbers by race, by gender. And we still recognize that BIPOC families are still hit the hardest,” Montoya-Boyer said.

And many of those emergency programs are ending or have already expired, according to Bob Greenstein, a visiting fellow at the Brookings Institution.

“What happens in 2022 will be affected not only by the ending of these temporary measures, but two other factors,” Greenstein said, referring to what’s happening in the economy, which is still a pandemic economy, and what’s happening in Washington with the budget reconciliation package that’s still being negotiated.