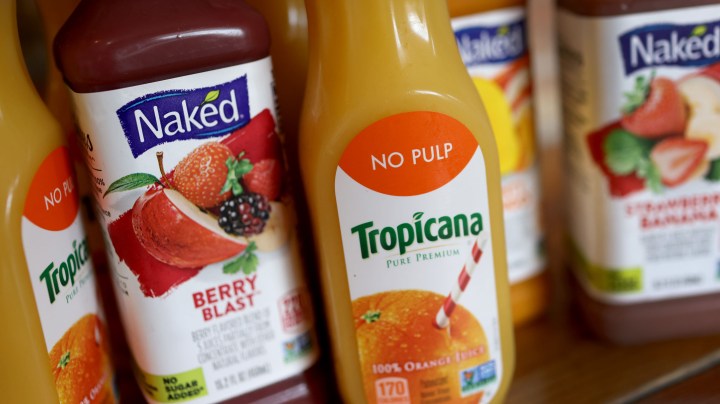 There’s a lot of action in the beverage world of late.

PepsiCo will be selling Tropicana and other juices to a private equity firm, a $3.3 billion deal. Meanwhile, Molson Coors is going to start phasing out 11 of what it calls its “economy” brands.

When you think Molson Coors, you probably think of inexpensive beers you throw back at a baseball game or a dive bar. Maybe you had a few once upon a time at a college dorm party.

“The landscape for beverages is continuously evolving and changing. And it’s really demand for something different than Grandpa’s beer,” Guana said.

Brands are looking to lock in people in their 20s as well as women, a growing demographic in the alcoholic drinks category. Even nonalcoholic drinks have been trending away from PepsiCo’s sugary juices and soft drinks. Consumers want seltzer, prebiotic sodas and kombucha.

“All these drinks are now promising us Instagrammable health,” said Andrea Hernandez, who writes for the food-and-beverage newsletter Snaxshot.

Consumers are constantly on the hunt for the new hip drink, she said. And for drink-makers to stay relevant, “you either adapt or you become obsolete.”

Molson Coors is adapting by getting rid of lower-performing drinks, like Keystone Ice and High Life Light. The company says this will allow it to beef up its supply chains for making Topo Chico hard seltzer and distributing La Colombe canned coffee.

Those are drinks that Jim Watson, a beverage analyst at Rabobank, said may come with bigger profit margins. Plus, cutting some brands could give Molson Coors room to invest in innovation.

A few years ago, that new big hit was White Claw, made by Mark Anthony Group, which started the hard seltzer fad. Companies want to create the new “it” drink, not chase it.