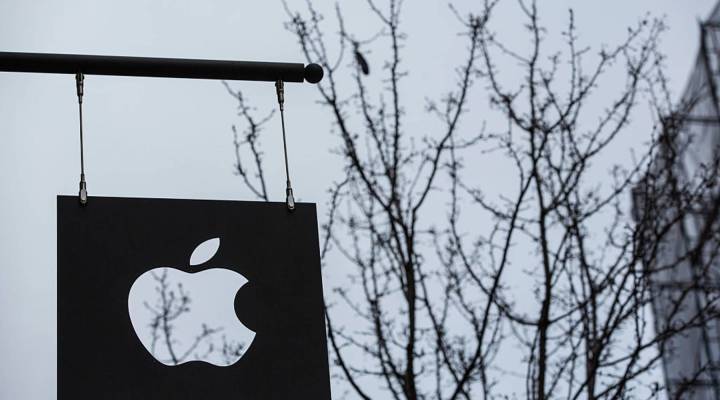 COPY
Yesterday, Apple reported the slowest iPhone earnings since 2007, which it partially blamed on the the strong dollar.  Andrew Burton/Getty Images

Yesterday, Apple reported the slowest iPhone earnings since 2007, which it partially blamed on the the strong dollar.  Andrew Burton/Getty Images
Listen Now

This earnings season, one big theme already emerging is companies getting hammered by a strong dollar. Apple blamed it for meager earnings, as did IBM, DuPont, Tupperware and Molson Coors.

Here’s an example of how it works: say you won the lottery in India last year and collected a million rupees. You brought them home and traded them in for about $16,000. You win it today, bring the money home and convert them into just $14,000 and change. A strong dollar can make you weak.

And for global companies earning billions abroad, it can really sting to bring that money home.

“When the dollar is strong, it does tend to hurt our exporters and companies that make their revenue abroad,” said Paul Christopher, global market strategist at the Wells Fargo Investment Institute.

The more American companies go global, the more they’re exposed to this so-called currency risk. But this is not a new development: the dollar has been pumping up for two years. By one measure, it’s appreciated 20 percent against the world over that time.

Yet, for Apple and other multinationals the effect seems to be worsening now.

Earnings season may bring more news of currency losers. But a strong dollar also brings winners, including the American consumer. We can use our big, strong dollars to buy more imported food and crude oil, and travel more cheaply abroad.

“This is a negative for inflation, so it helps to keep price increases down,” said Brian Reynolds, chief market strategist at New Albion Partners, “because it encourages imports and investing from overseas into the U.S.