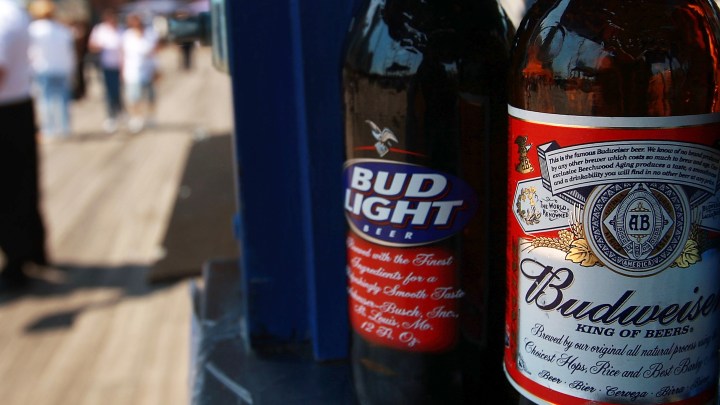 Raise a glass to the world’s biggest brewer, Belgium-based conglomerate Anheuser-Busch InBev, which reported a surge to $2.48 billion in second-quarter net profit, up from $1.94 billion one year ago.

But Anheuser-Busch InBev’s results were weaker in the U.S. market, where the company’s flagship beer brands continue to lose ground to craft brewing, wine and spirits.

“In 2008, it was just below a 49% share, and we estimate it at about 41% in 2018. It’s been the erosion of the mainstream brands — Bud Light and Budweiser — and to a certain extent, their lower-priced brands — Natural Light, Busch and Busch Light.”

“If I tell you this beer tastes like raspberry pie or a chocolate peanut butter stout, you’re automatically going to have a flavor or a mental association in your head,” he said.

This trend, he said, is also gradually shifting consumers away from mainstream, mostly store-bought brands.