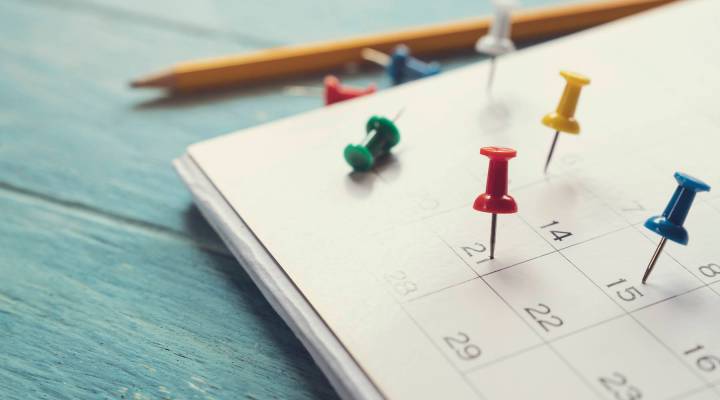 COPY
Kickstarter and other companies are experimenting with the four-day workweek to gather data on its impact. Tatomm/iStock/Getty Images Plus

Kickstarter and other companies are experimenting with the four-day workweek to gather data on its impact. Tatomm/iStock/Getty Images Plus
Listen Now

Kickstarter, the crowdfunding platform, announced it will be experimenting with a four-day workweek next year, paying employees the same to work fewer days. It’s the first company to sign on to a new national campaign that aims to make the four-day workweek a reality.

There’s a petition employees can sign expressing interest, with the hopes that more companies will give the idea a try and generate data about how shorter weeks affect productivity and employee well-being.

The disruptions of the pandemic have provided an opening for companies to radically rethink how work gets done, but not all workers stand to benefit.

The five-day work week has come to feel like a law of nature, but that was once a new idea too, said Jon Leland, a vice president at Kickstarter who’s leading the new campaign for a shorter work week.

“We had centuries of reducing working hours, and then we’ve been locked at 40 hours a week,” he said, adding the pandemic could be a tipping point. “Everything is much more in flux right now,” he said.

Being away from the office and business as usual has given many workers a newfound appreciation for flexibility.

“We’ve had people come to us who have taken a pay cut, but would rather be here with the sort of work life balance that they’re going to get,” said Nicole Miller, who works in human resources at social media app Buffer, which moved to a four-day week during the pandemic as an experiment. At the end of the year, they found productivity remained about the same. Also, morale seemed to improve.

A shortened workweek could become more common in industries where competition for talent is intense, said Alex Pang, author of the book “Shorter: Work Better, Smarter and Less — Here’s How.”

“Time is going to be the new catered lunch, or, you know, in-house masseur,” he said.

But, like those luxuries, it could become one more benefit for the privileged of the workforce, said Dean Baker, an economist with the Center for Economic and Policy Research.

“If you see a situation where white-collar workers have all this flexibility they can do, their family could do other things. Whereas blue-collar workers are stuck five days a week, eight hours a day — it’s already bad, but you don’t want to see that get worse,” he said.

He said it would probably take putting a shorter workweek into law to spread the benefit more evenly through the economy.