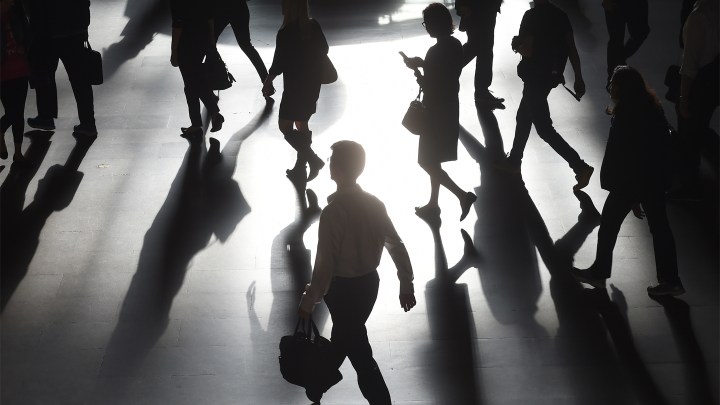 Nearly two-thirds of workers in the latest Marketplace-Edison Research Poll said they’d prefer a four-day workweek with 10-hour days over the standard eight-hour day, five-day week. The preference was even higher for men and workers older than 35.

In some professions, fewer, longer days are already the norm.

Shelly Rudolf is an emergency room nurse, her husband is a SWAT officer and they both work long days. She typically logs three shifts a week of between 12 and 13 hours each. The couple coordinates their schedules, so one of them is always with their four kids.

“I can get my children’s projects finished,” she said of her four-day weekends. “I can be present in their school. I can volunteer. I can take them on vacations.” Plus, the family doesn’t need to pay for child care.

There are downsides to working longer days — Rudolf often works holidays, doesn’t have much time with her husband and says the long days are intense.

“I deal with anything from heart attacks and strokes to septic shock,” she said. “You don’t eat, you don’t drink, you don’t go to the bathroom during a 12- [or] 13-hour shift.”

But she said she wouldn’t have it any other way because of the extra time she gets with her kids.

“When you think about it, there’s nothing ‘natural’ about the five-day workweek,” said Dean Baker, a senior economist at the Center for Economic and Policy Research.

He said an even longer workweek was the norm until 1938, when Congress passed the Fair Labor Standards Act, which established a minimum wage and overtime for workers who logged more than 40 hours per week.

“It was a big struggle to get there,” Dean said. “And then we largely froze here, but in other countries we’ve continued to see declines in the standard workweek. In France it’s now 35 hours, and it’s shorter in Germany.”

But Baker said moving away from the five-day, 40-hour workweek will be hard; it’s just so ingrained in our work culture.

“It’s almost like I’m speaking gibberish when I say we could shorten the workweek,” he said.

In the past, Damien Dawson worked as a police officer, barber and restaurant manager. He’s driven armored trucks and worked in juvenile jails. He’s logged 60-, 70-, even 80-hour workweeks.

But in his current position as a hospice chaplain, he averages about 30 hours a week over three or four days.

“This job right here is by far the best because I get to make my own schedule and I control my own pace,” he said, explaining that he can typically choose when he schedules visits with patients.

Dawson rarely has to go into an office and can file paperwork from anywhere he’d like.

“I will do that sometime this weekend and probably from the cigar lounge,” he said. “They’ve got free Wi-Fi.”

He’ll likely stay for a poker game after — a bit of self-care for a job that still takes an emotional toll, even with a flexible schedule.

Dawson knows that flexibility has come with a financial cost. He previously worked at a hospital and estimates he’d be making about $5,000 more each year if he’d stayed. That position also had better, cheaper health benefits.

But he said the trade-off is worth it.