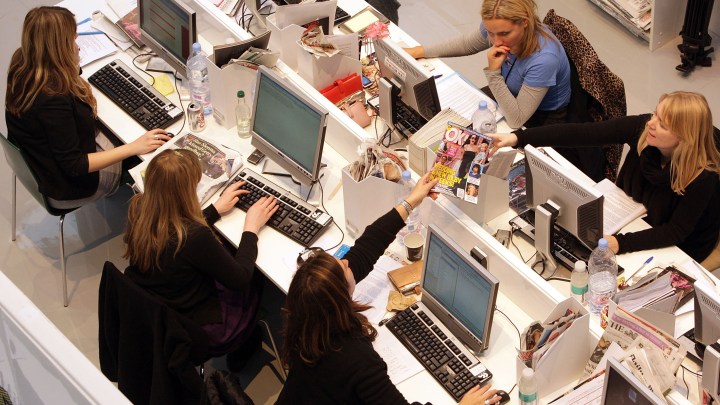 The results of a yearslong experiment with shorter working hours in Iceland have just been published. Researchers found that productivity remained steady — and often improved — when hours were cut back for thousands of public-sector workers, but not pay.

The idea of shorter workweeks has begun to show up here and there in the U.S. The crowdfunding platform Kickstarter, for one, announced a few weeks back it will be trying out the idea.

A pared-back workweek is typically seen as another perk for already well-paid white-collar workers. But the Iceland example shows the model can work beyond traditional office jobs.

Alex Pang, author of the book “Shorter: Work Better, Smarter, and Less — Here’s How,” has studied similar models worldwide in settings as diverse as restaurants, car-repair shops and call centers. Those are “places where you would not at first imagine that shortening working hours or opening times would be feasible. But it is, and it turns out to have great benefits,” he said.

The burger chain Shake Shack, for instance, tried four-day workweeks for managers in some stores before the pandemic hit. The company reported that it boosted recruiting and retention.

Jon Leland, a vice president at Kickstarter who’s leading a national campaign for shorter workweeks, said the shift does equate to a productivity gain.

“Less turnover, [it is] easier to hire, people don’t get burnt out,” he said.

The idea that workers would gradually win more leisure time was once common, said Ruth Milkman, a labor sociologist at the City University of New York.

“The early U.S. labor movement was all about first a 10-hour day and then an eight-hour day, and at some point, that momentum kind of came to an end,” Milkman said.

In part, that’s because longer hours are better for companies. Shareholders — not workers — have benefited most from improved productivity over recent decades, according to Peter Cappelli, at the Wharton School.

“So, you know, what do workers gain? It’s entirely based on bargaining power,” he said.

And bargaining power is typically greatest for those with specialized skills, like tech workers, but now it could extend to industries in which employers are struggling to hire, like restaurants and retail.